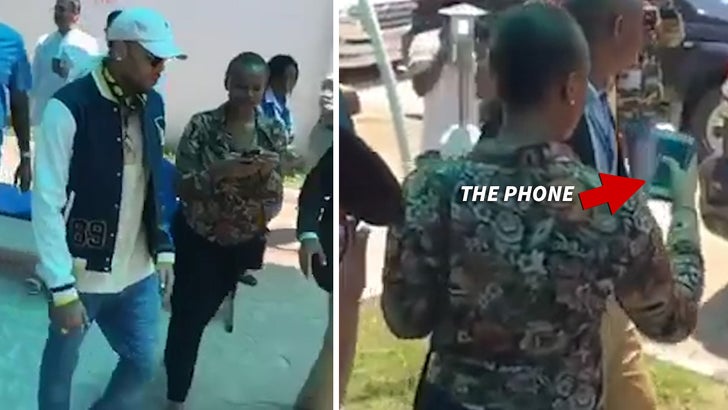 Chris Brown says the woman in Africa who accused him of smashing her iPhone is full of it ... and there's video that appears to back his claim.

Sources close to Chris tell TMZ the woman -- who claims Chris grabbed and tossed her phone -- was bugging Chris and co. at the airport for free tix to his show and for a selfie with the singer. Chris is telling friends at no point did he make physical contact with the woman or her phone.

A video shot by a fan seems to back up Chris' story -- you can see him walk past the woman, and her phone is undamaged after the exchange.

We're told Chris and his team think the woman was simply out for free tickets and when that failed, she tried a quick money grab. 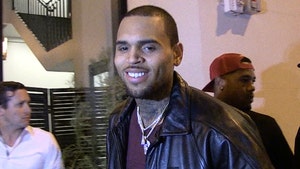 Chris Brown -- Of Course the Gun Case is BS (VIDEO) 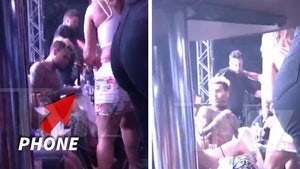