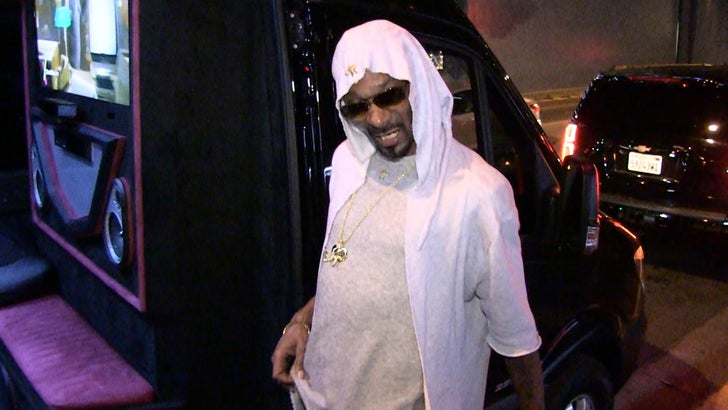 Never fear, Steeler fans ... Snoop Dogg has a explanation for Big Ben's injury ... and a GUARANTEE for Sunday's big game against the hated New England Patriots.

We got Snoop out in L.A. -- on his birthday no less -- and asked about his dinged-up QB and the limp he's been sporting since reportedly tearing a meniscus against Miami.

Snoop says not to worry ... the limp ain't nuthin' but a thang ... a G thang ... and that Steeler nation is gonna be A-Ok while their captain is out.

Bonus smack talk? He GUARANTEES victory over the Pats Sunday ... and even calls Tom Brady out by name.