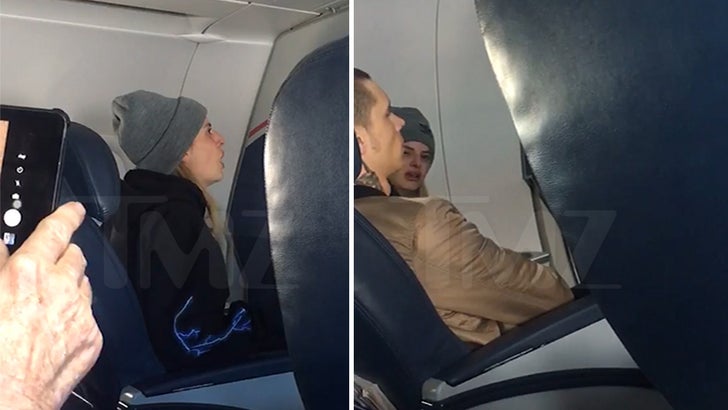 Former 'Voice' runner-up Juliet Simms was taken off an American Airlines flight and handed over to the FBI when she allegedly got into a physical fight with her husband.

Juliet and Andy Biersack were flying from Charlotte to LAX Sunday night when they started feuding in their first class seats. Witnesses tell us Juliet got louder and louder, and then hit Andy in the face. Flight attendants warned them to calm down, but 20 mins later they were at it again ... and had to be separated.

But we're told Juliet -- who nearly won season 2 of "The Voice" -- remained "out of control" and that's when an air marshal handcuffed her. That didn't help to calm her down either ... which is obvious in this video.

Once they landed, LAX cops detained her and handed her off to the FBI ... which had jurisdiction since the fight happened in the air. Law enforcement sources tell us she was questioned and released.

We spoke to Juliet and Andy ... and they're both chalking it up to her boozing too hard after not drinking for several months. He wasn't drinking. They say they're together, and everything's fine. They're cooperating with the FBI investigation. 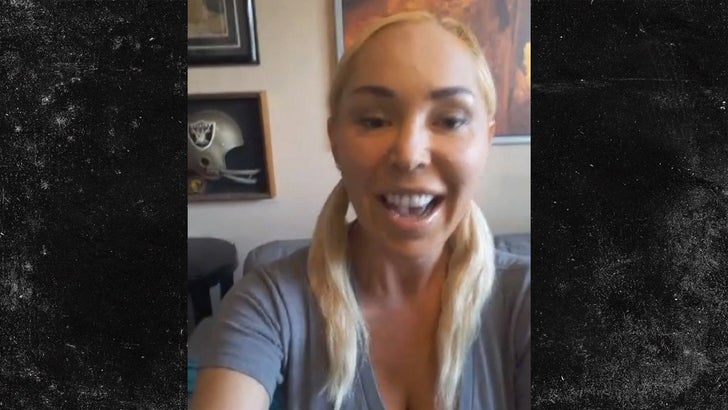 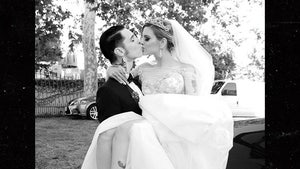 Andy Biersack and Juliet Simms -- Fooled Ya! We Got Married 4 Years Ago