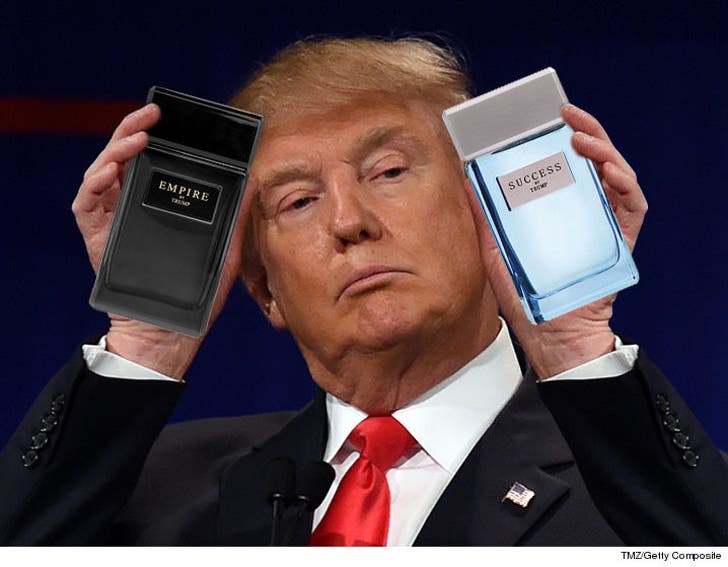 Donald Trump smells so much like a winner now ... a perfume company that had jumped ship faster than a rat on the Titanic is suddenly ready to ride the President-elect's coattails to financial glory.

Perfumania got out of the Trump biz in July 2015 ... right after he announced his candidacy, and said Mexicans were rapists and drug dealers. The company was very vocal about its efforts to get out of its deal with the Donald, and eventually removed the 'Empire by Trump' and 'Success by Trump' fragrances from shelves and online stores.

Lo and behold, now that he's headed for the White House ... Perfumania is hawking the Trump colognes again in the New Arrivals section of its website. The company wouldn't tell us exactly when it climbed back on board -- pre or post election results. Officially, a rep would only say, "no comment." 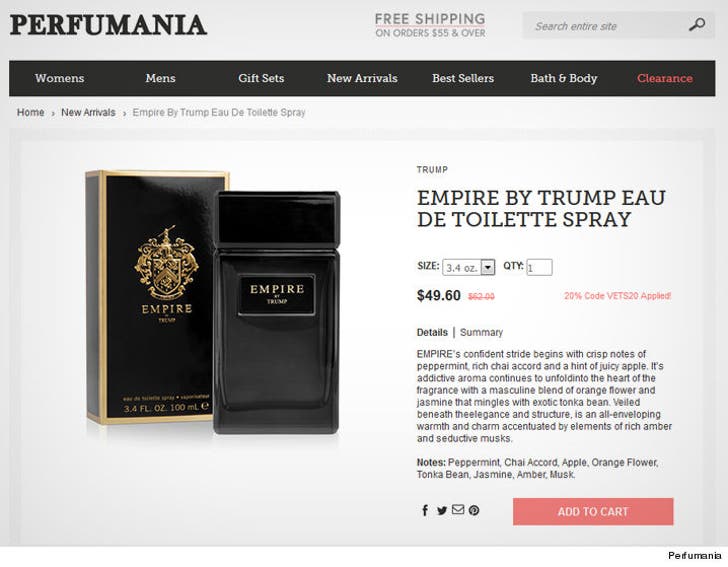