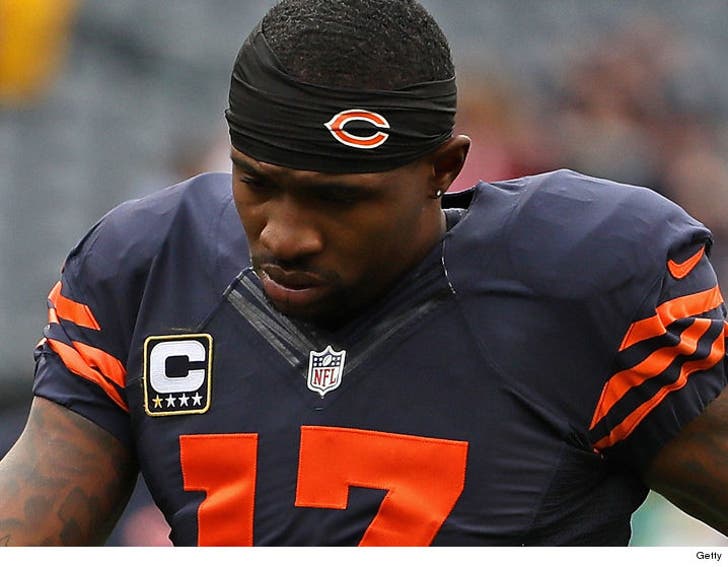 More bad news for the Chicago Bears ... star wide receiver Alshon Jeffery has been suspended for 4 games after testing positive for PEDs.

A rep for the NFL says, "Alshon Jeffery of the Chicago Bears has been suspended without pay for the team’s next four games for violating the NFL policy on performance enhancing substances."

"Jeffery’s suspension begins immediately. He will be eligible to return to the Bears’ active roster on Monday, December 12 following the team’s December 11 game against the Detroit Lions."