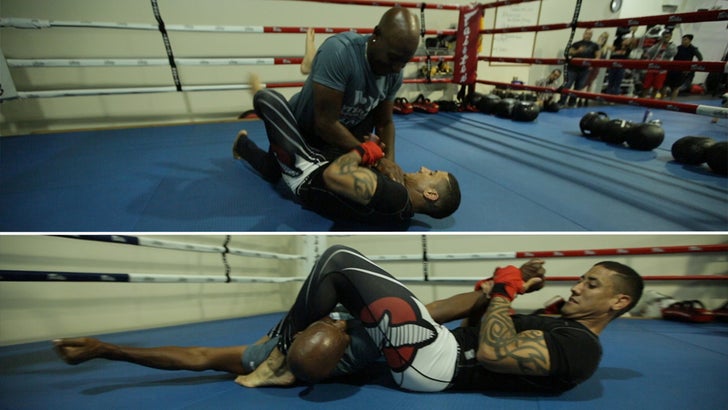 Jerry Rice is no dummy ... and knows when you're caught in a Ronda Rousey-style armbar at an MMA gym -- YOU TAP IMMEDIATELY!!!

The NFL legend teamed up with Bellator, Spike and Veterans Operation Wellness to do some MMA training with U.S. Army veterans at the Smash Gym in Northern California on Tuesday ... and actually looked pretty good.

At one point, he squared off with J.T. Roswell -- who's fighting at Bellator 165 on Saturday -- and even though he got his hands near Roswell's face, things changed quickly ... and it was tap city.

We're told Rice was a quick learner and the fighters were impressed with how quickly he picked up on techniques.

Hey, he's a world-class athlete after all ... 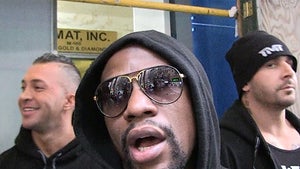 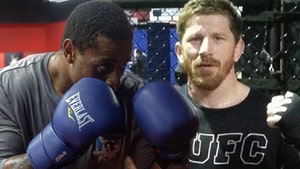