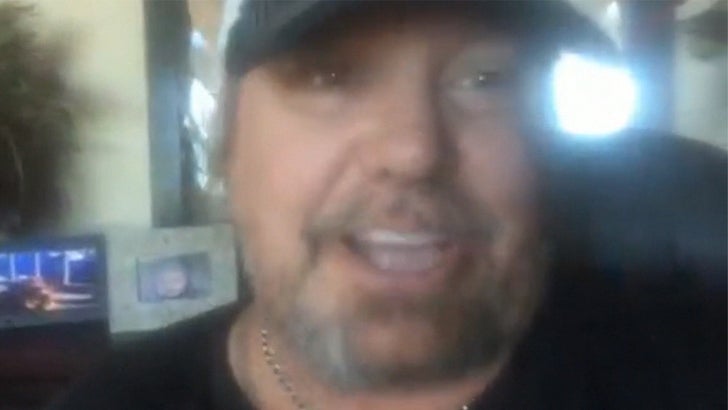 Vince Neil is NOT performing at a Donald Trump inauguration event, and it seems Vince was pretty confused about who asked him in the first place.

Billboard posted a story a few hours ago saying Vince was performing at the actual inauguration at high noon on January 20th. Weird, right?

Well, we spoke with Vince, who told us he and his band actually worked on getting Secret Service clearance to perform and he thought it was a done deal regardless of who won.

Vince seems to be saying Hillary's people or the DNC were so confident in winning they booked him 2 months ago, but when Trump won everything changed.

Fact is ... to the victors go the spoils, and the President-elect chooses the entertainment, and it now appears Vince is not to Trump's liking. Vince says he's been "uninvited."