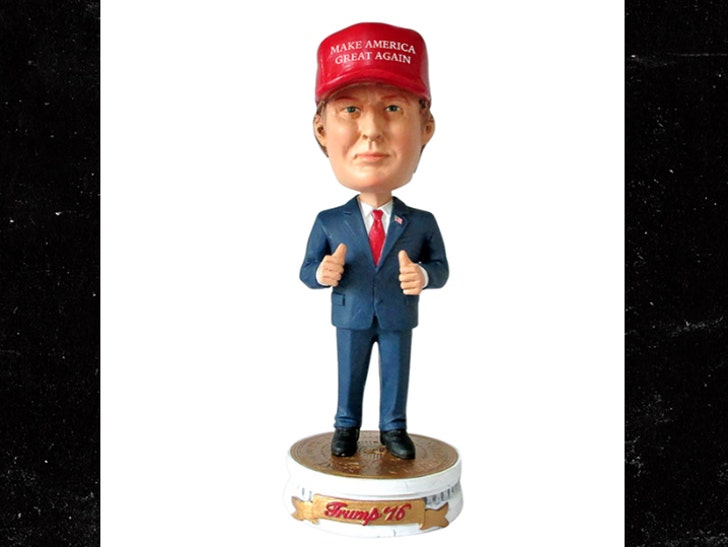 Donald Trump's head was totally jacked by a company peddling knockoffs of it, according to a new lawsuit -- and we should probably mention we're talking Bobblehead Trumps.

Plan P2 Promotions just filed suit against JF Sports Marketing for allegedly ripping off its copyright on "Donald Trump Red Hat Bobbleheads." The figurine features the Prez-elect sporting his motto on the cap.

In the suit, PPP says it obtained the copyright in October 2015, but recently started seeing their product sold by JF Sports on Internet sites like Amazon ... without permission.

PPP says it warned JF Sports to cease and desist, but the sales continued. Now it's asking a judge to yank the copycat bobbles from retailers, and force JF to hand over its profits from the Trump figurines.

JF Sports believes it's in the clear because Trump's image and likeness are public domain like other politician bobblheads it's manufactured. A rep says, "Them saying we used their same design is false." 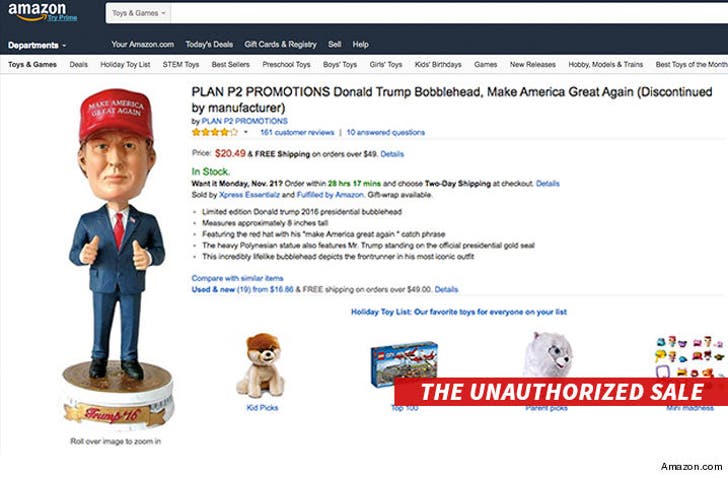 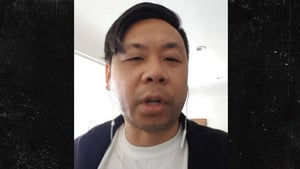