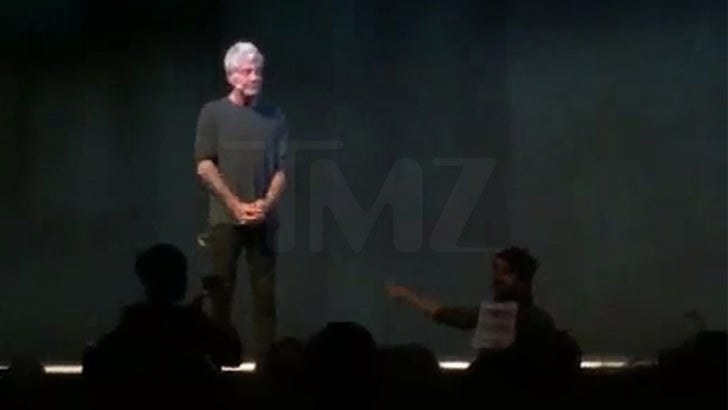 Anthony Bourdain shut down a protester accusing him of eating dog meat in the most Bourdain way possible.

Anthony was in the middle of his live show, "The Hunger," earlier this week in San Francisco when the woman charged the stage. AB was just trying to do a little promotion for his new book, 'Appetites' ... co-authored with Laurie Woolever -- but the protester had other plans.

For some reason she was convinced he enjoys a fine cut of Fido, but the audience had Bourdain's back -- not that he needed it ... his puppy-related rebuttal is hysterical.

We got Anthony the next day and he reiterated -- he's never had a bite of man's best friend. As for the puppy line ... obviously a joke too. Hecklers beware! 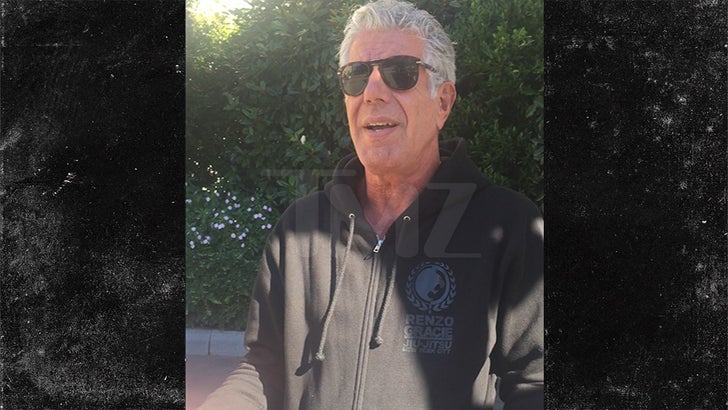 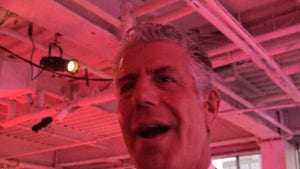 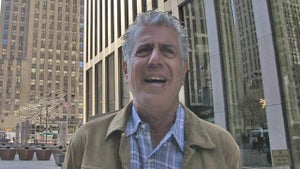 Anthony Bourdain -- My Last Meal Would Be ...