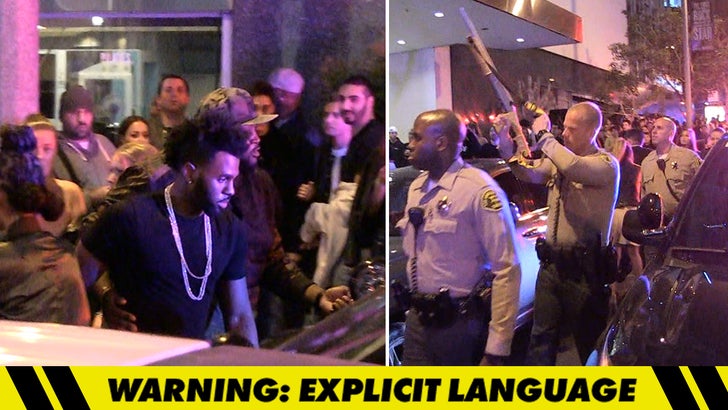 Jason Derulo was right in the middle of a nightclub brawl that stopped only after sheriff's deputies brandished their weapons.

It's unclear what started the fight around closing at 2:00 AM in WeHo outside Bootsy Bellows. You see Jason fully jump into a circle of guys with one on the ground getting punched and kicked.

L.A. County sheriff's deputies swarmed the area ... some carrying stun bag rifles, which deploy little bags with beads. It appears no shots were fired, but just the presence of cops was enough to end things.

A good time was had by all. 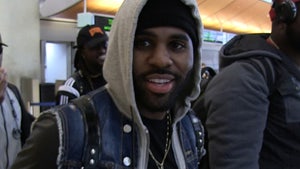 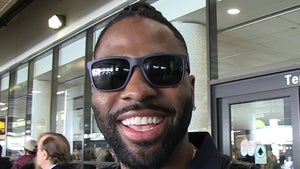 Jason Derulo -- My New Girl's Got Rhythm ... And Not Just Onstage! (VIDEO)