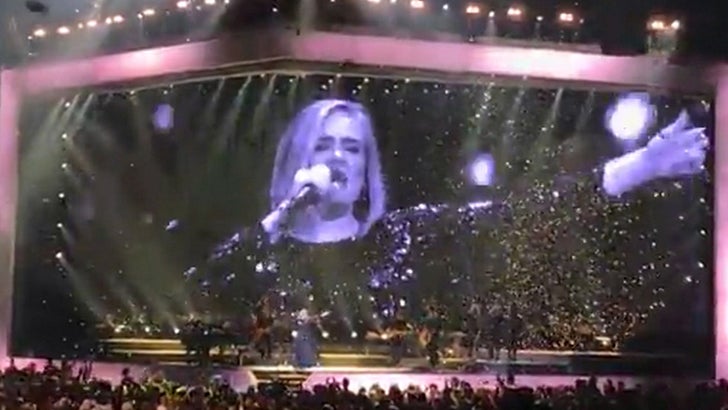 Adele might have another bun in the oven -- or at least she's planning for one ... according to the pop star herself.

Adele finished off her North American tour Monday night in Phoenix, and before leaving the stage, she broke some baby news ... although she was sketchy on the timing.

We're inclined to believe she's not knocked up just yet because during the concert she poured champagne for her band, and had a sip of wine herself. Officially, Adele's rep has "no comment" on the baby talk.

Sooo, if nothing else ... she's got a hot homecoming party planned! 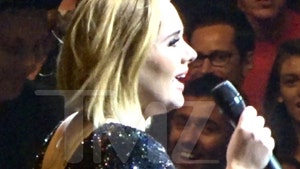 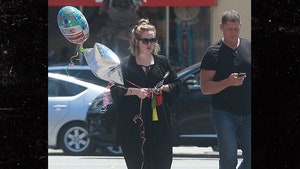 Adele -- Rumor Has It ... Congratulations Are In Order (PHOTO)