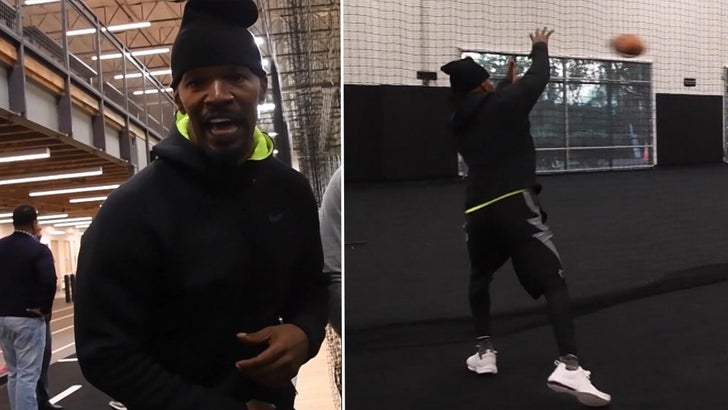 We've already seen him throw ... but now the "Ray" star is proving he can haul in passes too -- even when the ball is being fired at him at 100 MPH!

Foxx was training at the Sports Academy in Thousand Oaks while shooting his new flick "All-Star Weekend" -- when his buddy, Tony Besson, challenged him to get into the "100 MPH Club."

The ball was shot at him by a JUGS machine -- and the challenge was to catch the ball twice ... while taking a step closer the second time around.

Think Jamie was afraid? Hell no. 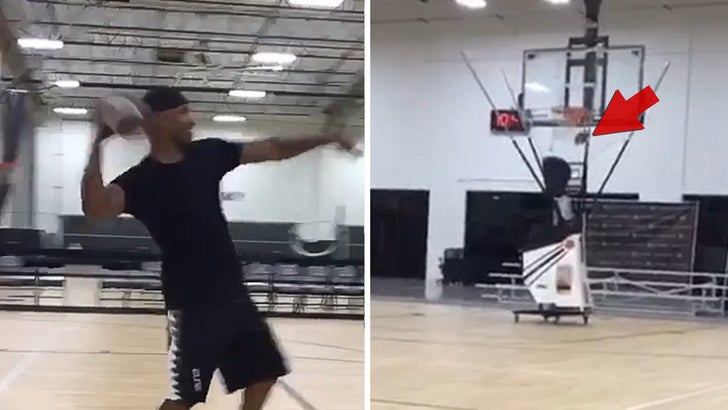 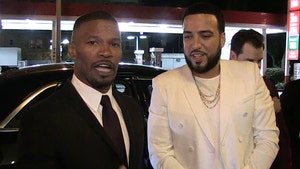 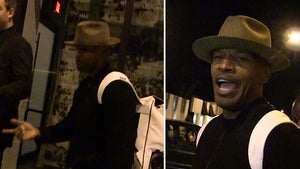 Jamie Foxx -- I Wanna Be a Rapper (VIDEO)