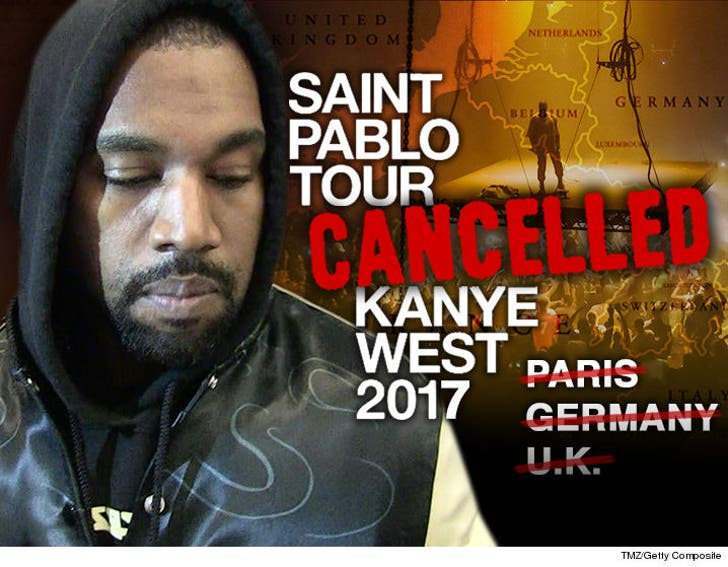 The second leg of Kanye West's Saint Pablo Tour has not just been put on hold ... it's been outright cancelled ... TMZ has learned.

As we reported, Kanye's psych hospitalization put the 2017 portion of the tour on ice, with no restart date set. At the time Kanye was at UCLA Medical Center, sources connected with the rapper insisted the tour would go on, even though belatedly.

Now we've learned Kanye's people contacted concert promoter Live Nation and informed them the second leg -- which for the most part was European -- was officially cancelled. Among the planned stops -- Paris, U.K. and Germany.

We're told cancelling did not pose real problems, because no dates were set and no tickets were sold.

TMZ broke the story ... Kanye has an insurance policy that reimburses him for any lost profits or expenses associated with cancellations that result from a medical condition.

10:20 AM PT -- Live Nation just told TMZ, "Kanye West's SAINT PABLO TOUR never had a confirmed European leg. As such there were no dates to cancel." As we reported, Kanye's people contacted Live Nation shortly after he was hospitalized and said his plan for the European leg was cancelled. 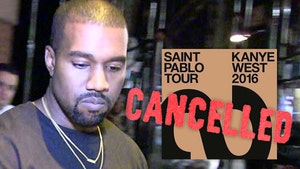 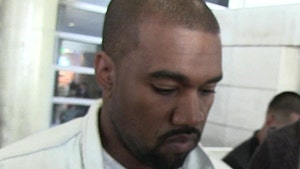