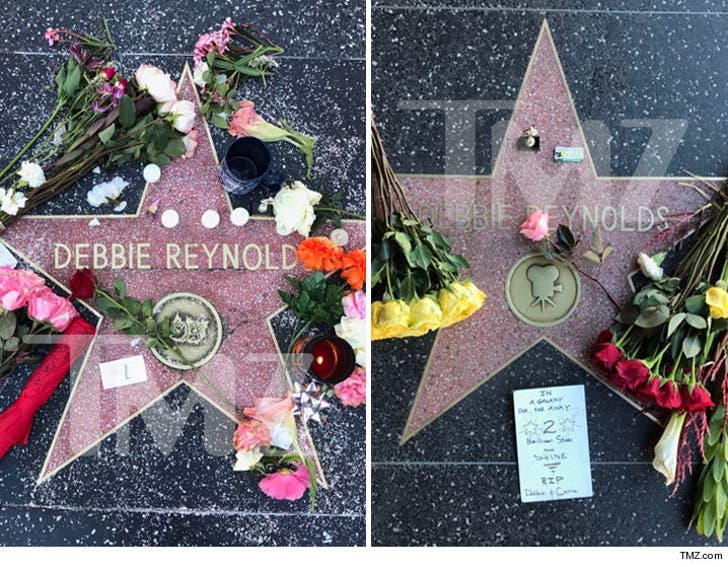 Flowers now lace Debbie Reynolds' 2 stars on the Hollywood Walk of Fame ... and her daughter's makeshift shrine proves to be just as much of an attraction.

We got photos of Debbie's stars on Hollywood Blvd. -- 1 for film and 1 for her stage work -- where more roses have been collected around her Live Theater honor as of Thursday morning.

Debbie was nominated for a Tony Award for her role in the Broadway show "Irene" ... and went on to star in multiple productions thereafter. She was also, of course, a huge movie star.

Meanwhile, Carrie Fisher's own fan-created Hollywood star has become flooded with flowers itself after she passed away first this Tuesday. As we reported ... it'll stick around for now.

Debbie died just one day later at the age of 84. 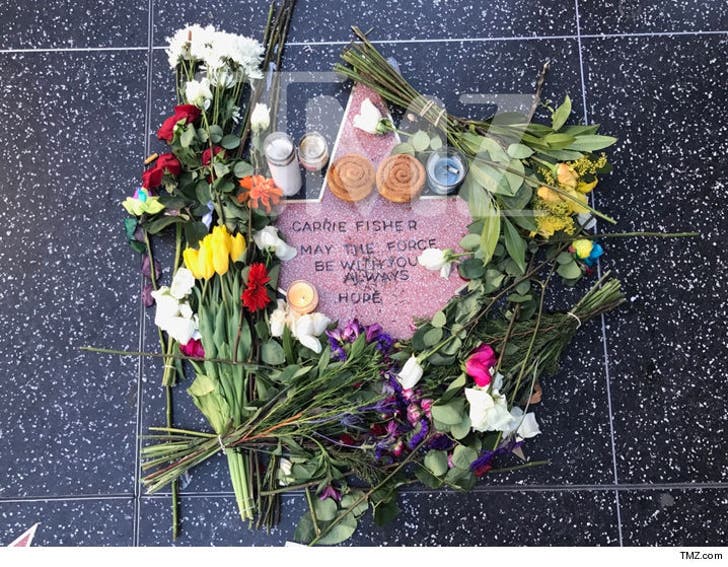 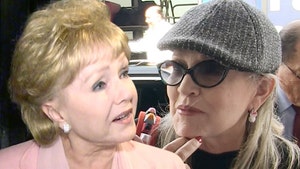 Debbie Reynolds' Last Words Were 'I Want to Be with Carrie'