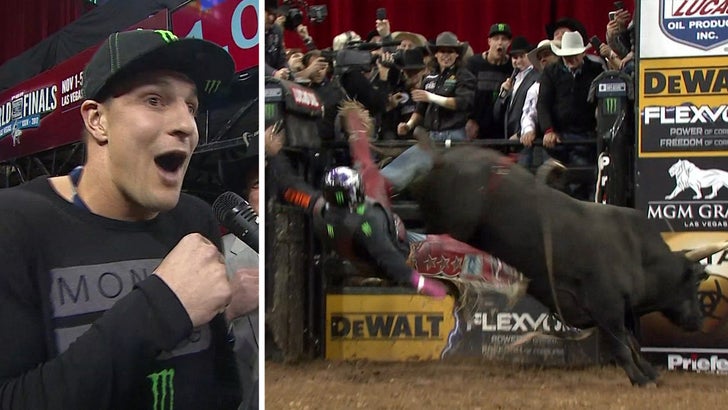 Here's Rob Gronkowski being totally supportive as his 300-pound BFF does something he has no damn business doing ... RIDING A LIVE DESTRUCTIVE BULL.

It went down at the PBR Monster Energy Buck Off in NYC this weekend when Gronk's best buddy, contractor and chauffeur "Bobby Goons﻿," got on the back of a 1,200 pound bull named "Lieutenant Dan."

What followed was what we're sure was the worst 1 second of Goons' life ... getting bucked off the animal and landing HARD on the unforgiving earth.

As for Gronk ... he immediately (and insanely) lobbied for his buddy to DO IT AGAIN ... saying their goal was to beat Chad Ochocinco's time when he rode a bull last year ... but the bull brass refused.

Check out Chad's ride below ... and for once be glad you're not Gronk's friend. 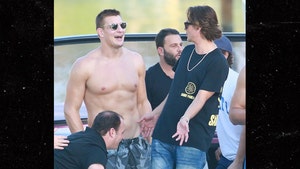 Rob Gronkowski Is BACK ... To Partying On Yachts (PHOTO) 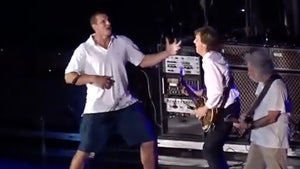