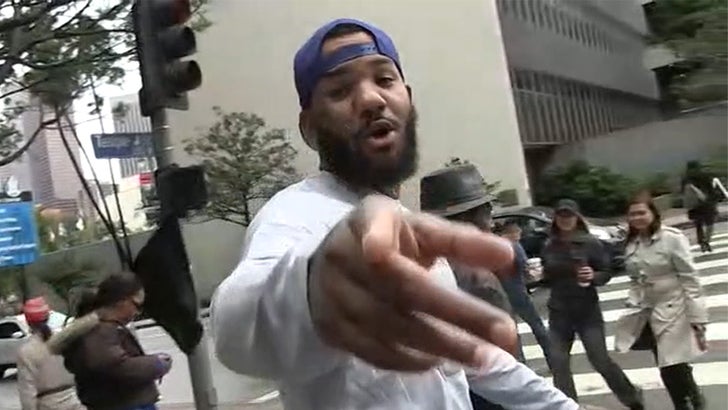 The Game showed up to court Monday morning expecting to stand trial for slugging an off-duty cop -- but he ended up breaking down Chris Brown and Soulja Boy's upcoming fight.

Game's criminal assault trial for punching LAPD Officer Onyebuchi Awaji in March 2015 was scheduled to start today, but the case was postponed. We got him on his way out of court, and he was all pumped up -- about the new year, and about watching Chris and Soulja get in a boxing ring.

As for the fight that landed him in court -- Game already lost the civil case, and was ordered to pay the officer $100k.

The new criminal trial date is set for next month, and this video will be key evidence.