Tupac wrote a love letter from prison that was so graphic and sexual ... it makes "50 Shades of Gray" look like a Disney flick.

The explicit letter was handwritten by Tupac and features lines like, "Ever been tied to a bedpost and licked like a lollipop?" 'Pac laid down the prose while doing time in 1995, and he says it's in response to a "passionate letter" a woman had sent him.

He mentions blindfolds, bubble baths, oily massages and "12 positions of lovemaking" ... but you really have to read the way he puts it all together. We're guessing he paid the recipient a visit verrry shortly after getting out of the joint.

Anyway, Goldin Auctions owner Ken Goldin is putting the letter on the auction block Monday, and expects it go for at least $25k.

Any woman will tell you it's worth at least that. 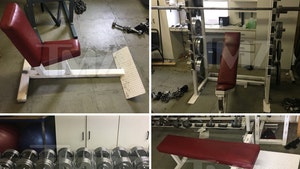 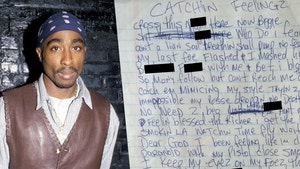