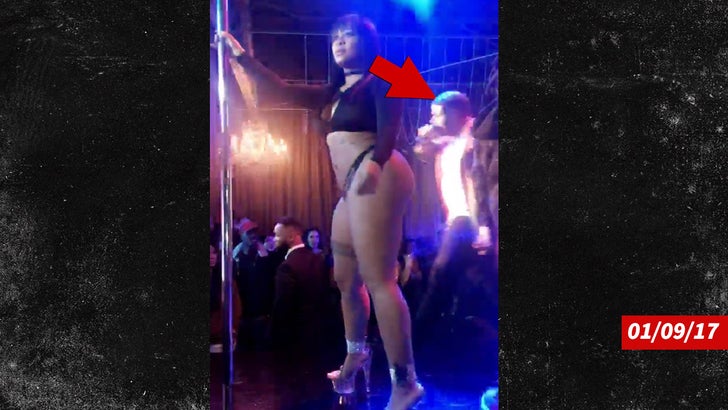 Blac Youngsta -- the rapper known for constantly flashing stacks of cash -- didn't pull a dime out of his pocket to tip the strippers at Ace of Diamonds ... according to several angry dancers.

Multiple dancers in L.A.'s famous strip club tell us Blac Youngsta was rolling deep Monday night ... coming in with at least 20 of his pals for a paid appearance. He even shared the stage with some of the dancers while he performed.

We're told he was there for about 90 minutes, but tipped exactly zero dollars. Same goes for his crew. There was some cash raining down while the ladies twerked extra hard -- but our sources say none of it came from Youngsta.

You can imagine ... strippers ain't having it. As one of them said, "It's super embarrassing to be onstage, after HE requests you and then doesn't tip anything."

We reached out to Youngsta for his side of the story, but no word back.

The irony is he famously makes it rain all over the place -- even on his dog. The AoD strippers clearly expected at least that. 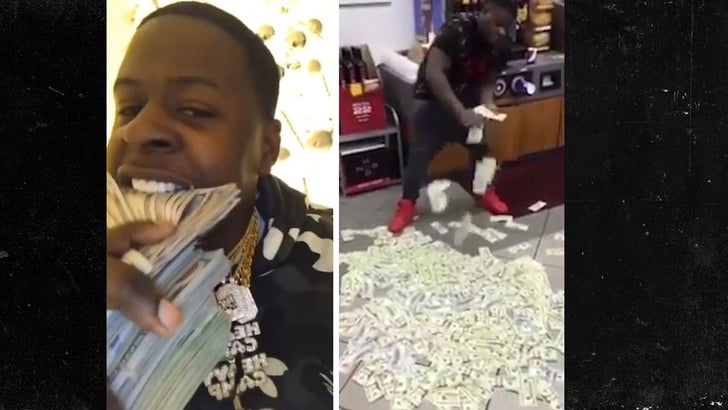