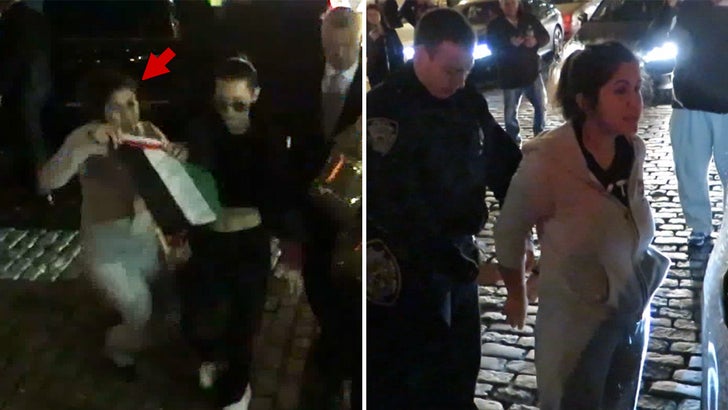 One of Bella Hadid's fans learned the hard way to give the chick her space.

Law enforcement sources tell us ... Bella and Kendall Jenner were heading to Gigi Hadid's pad Wednesday night when a 22-year-old woman ran up to them while waving a flag. You can see she gets a tad aggressive while trying to hand it to Bella. Security swooped in and called police.

NYPD officers cuffed her and took her in for questioning, but we're told she will be released without charges.

For what it's worth ... Bella and Kendall barely seemed phased. 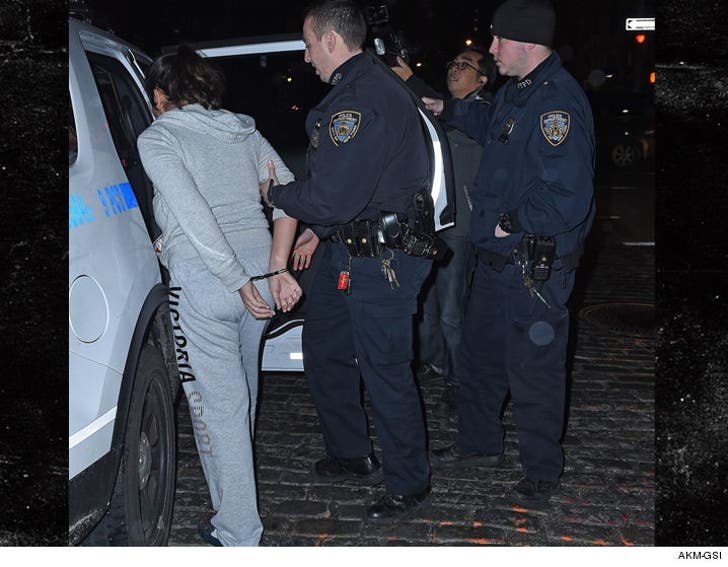