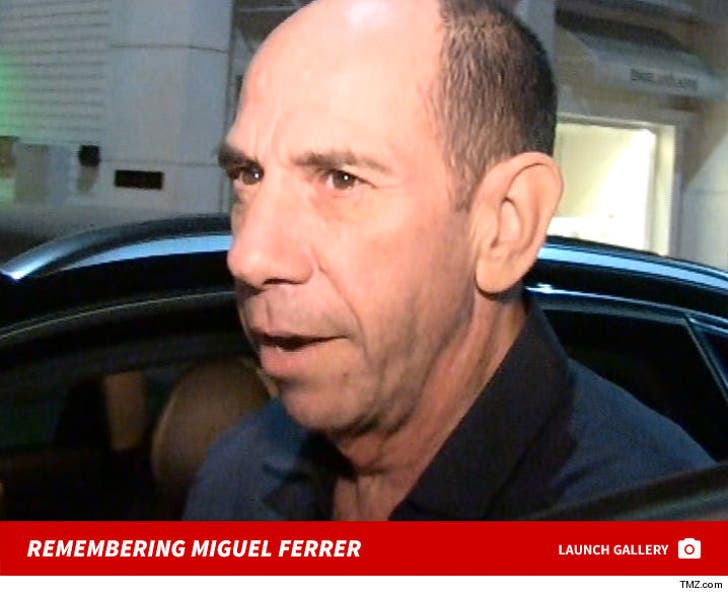 More recently he's starred in "NCIS: Los Angeles" ... but Miguel's been THAT guy -- the character actor you always recognize -- since the '80s when he had roles on "Magnum, P.I.," "Cagney & Lacey" and "Miami Vice."

Miguel's cousin, George Clooney said ... "Miguel made the world brighter and funnier and his passing is felt so deeply in our family that events of the day, (monumental events), pale in comparison. We love you Miguel. We always will."