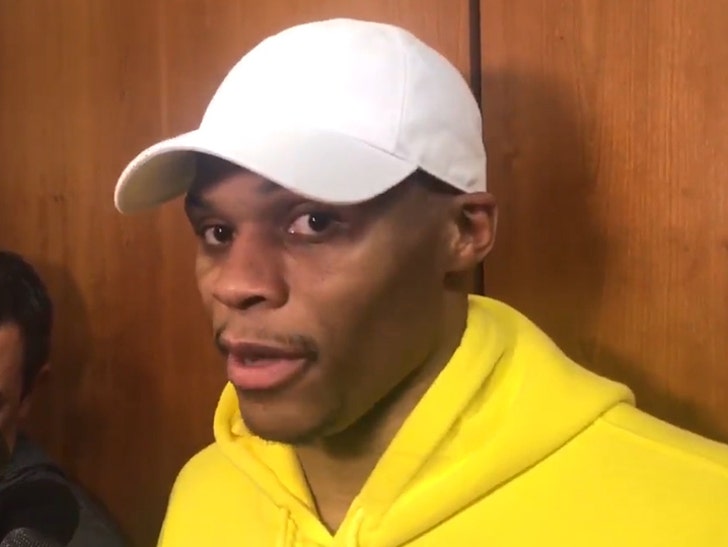 Russell Westbrook was PISSED at the Golden State Warriors after Wednesday night's game -- vowing revenge on Zaza and apparently telling teammates to stay away from "bitch ass" Kevin Durant.

The game wasn't exactly the friendliest -- with Zaza Pachulia knocking Westbrook to the ground at one point and standing over him in a menacing way.

After the game, Russell went off to reporters saying, "I'm gonna get his ass back. Straight up."

Westbrook on the Pachulia incident: "I'm gonna get his ass back for that one." pic.twitter.com/yJDYes2nXn

There's more ... now video has surfaced from the moments the game ended appearing to show Russell telling teammates to not talk to a certain "bitch ass."

According to multiple reports, the "bitch ass" in question is KD, though it's impossible to tell from the clip alone.

Interesting note ... Westbrook says he and Durant are NOT on speaking terms.

Westbrook on if he and Durant are on speaking terms and their "exchange" in the third quarter: pic.twitter.com/6qNLIkxgND 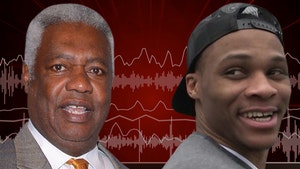 Oscar Robertson -- Russell Westbrook's a Hall Of Famer ... But Don't Compare Us (AUDIO) 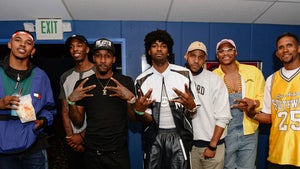