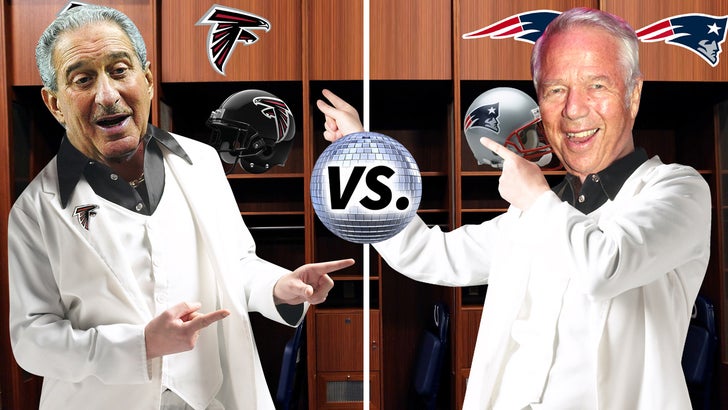 Atlanta Falcons owner Arthur Blank has been putting his 74-year-old dance moves on display lately ... but can he shake it better than his 75-year-old Super Bowl opponent Robert Kraft??

We took the liberty of cutting the best dance moves from the two BILLIONAIRES and put 'em head-to-head ... in what could be the richest, oldest dance battle EVER!!

Only one will dance on February 5th ...