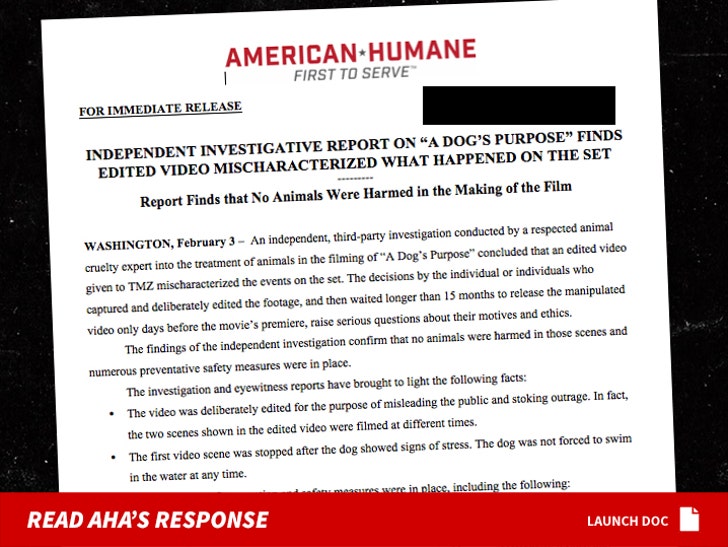 The American Humane Ass'n finally weighed in on the video TMZ posted from the set of "A Dog's Purpose," and they are virtually ignoring criticism from the movie's Exec Producer that they were asleep at the wheel.

The AHA -- which was responsible for protecting the animals on the set -- spends most of its time in the statement going after the person or persons who gave TMZ 2 videos -- one showing a trainer trying to put the dog in the water and the second where the dog is actually swimming. They note the 2 clips were shot at different times, raising "serious questions about their motives and ethics."

Most interesting ... the clip where the dog clearly does not want to go in the water and the trainer gets aggressive with the animal ... the AHA says, "the handling of the dog ... should have been gentler and signs of stress recognized earlier."

The Executive Producer of the movie has blasted the AHA, saying the org should have put its foot down when it was on set monitoring the scene and then reported the incident. The Exec Producer told TMZ he believes the AHA is compromised because its in bed with the studios.

The AHA says it had a vet check the German Shepherd in question last week and he was a-ok.

Short story ... the AHA never says it did anything wrong. 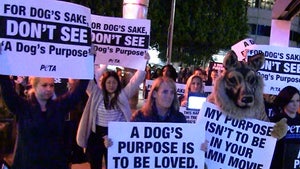 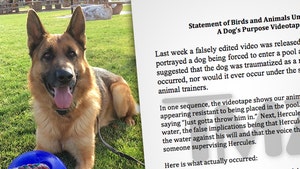