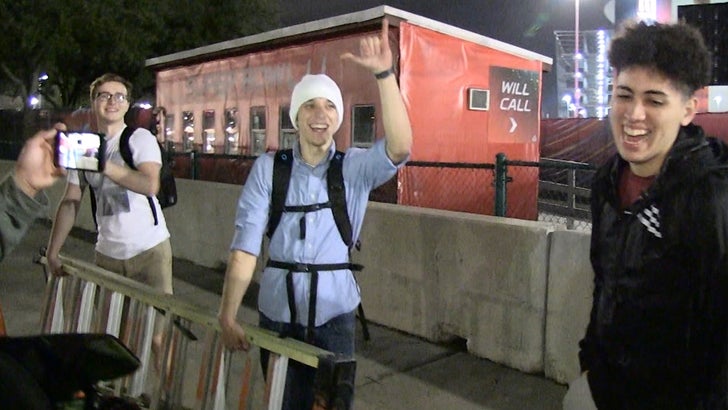 Who needs tickets to get into the Super Bowl ... when you have a ladder!

Four creative young fans claim they snuck into NRG Stadium posing as stadium workers -- with a ladder they found on the side of the road.

The crazy part -- IT WORKED!

The fans -- a gang of growing social media stars -- documented the whole thing. We shot 'em on the way out after the game, ladder still in hand.

The group insists they didn't have tickets. We couldn't independently confirm that, but it looks pretty legit.

Nice work ... except for the security people. 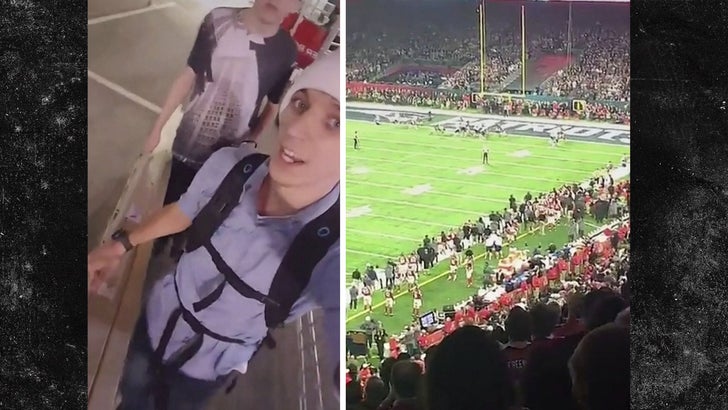 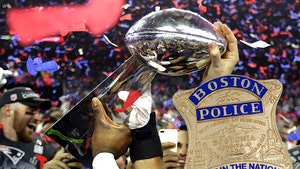 Boston PD Made NO ARRESTS After Super Bowl ... 'Experienced at Winning' 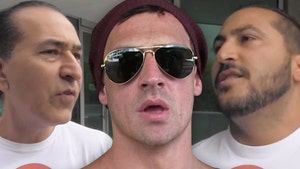