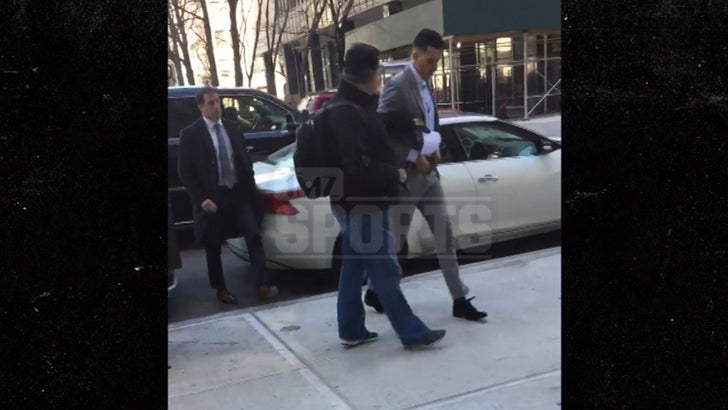 Matt Barnes took a surprise shot to the stomach on his way into a NY courthouse Friday morning -- when a process server cut him off at the pass and smacked him with a lawsuit over his nightclub brawl.

The Golden State Warriors player had a scheduled hearing to take care of his misdemeanor assault citation from the Dec. 5 incident at Avenue nightclub ... in which he was accused of fighting two people in the V.I.P. section.

Barnes has said he only acted in self defense -- but the alleged victims filed a civil suit against Matt and DeMarcus Cousins demanding serious cash for their injuries.

The process server from PM Legal knew Barnes would be at court -- and came prepared. Barnes brushed off the documents and continued to walk into the courtroom.

Inside, Barnes went through a security check before facing the judge. His case was pushed back until June.

Hoops star Matt Barnes gets screened on his way into court for assault case. Arraignment in a few. #nba #sports pic.twitter.com/TKA3t9qpcU 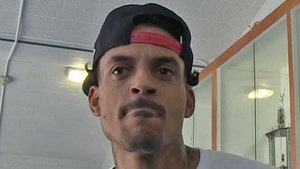 Matt Barnes Turning Himself In Over NYC Brawl ... Maintains Innocence 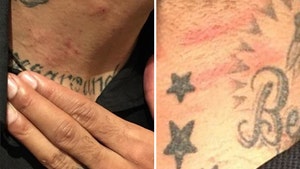