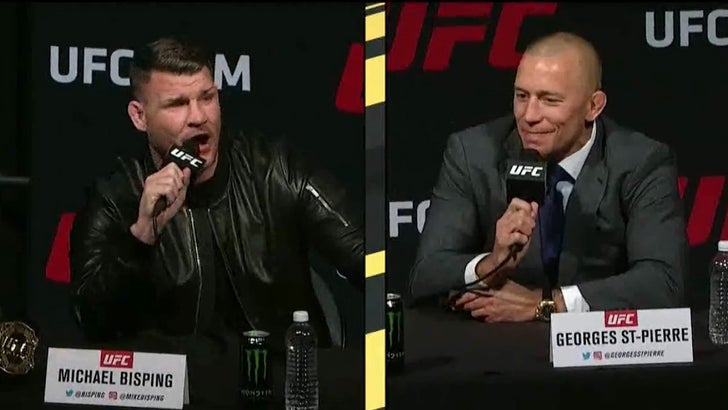 Could a hammered drunk Michael Bisping BEAT UP a sober Georges St-Pierre???

We almost found out live in Vegas moments ago when the two started trashing each other to their faces ... and it was awesome!

It all went down at the media event for their big fight later this year -- and after Bisping showed up super late and raspy-voiced, GSP accused him of going way too hard in Vegas last night.

Bisping's response: "I'll go out on an all night f**king bender and still beat you, pal!"

They went back and forth ... some names were called ... many expletives were used. 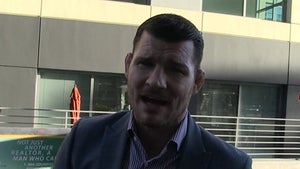 Michael Bisping Says GSP's 'Out of His F'ing Mind' ... I'll Smash Him (VIDEO)