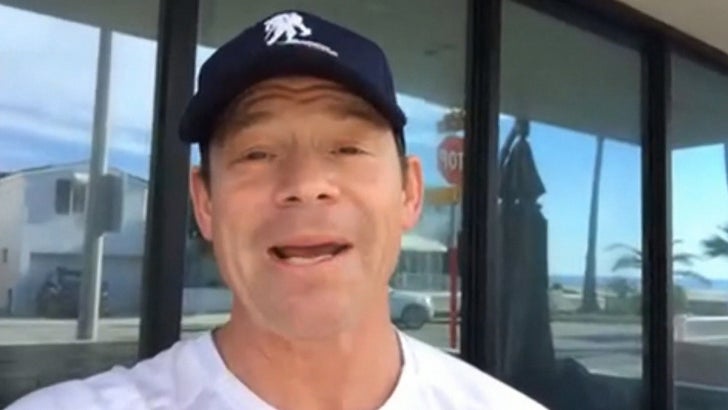 If Lonzo Ball wants a shot at gridiron glory, UCLA football coach Jim Mora says he could play WR for the Bruins RIGHT NOW ... there's just a couple of problems.

We spoke with Mora on his way out to Mount Kilimanjaro to work with Chris Long's Waterboys charity -- which provides drinking water to people in need in Tanzania (great organization, btw).

But with Lonzo Ball tearing up the college hoops world, we had to ask Jim if he's had ANY thoughts about trying to recruit the kid over to the football team.

"I think he's certainly got the athleticism and skill," Mora said ... "I'd put him out there at receiver in a heartbeat!"

So, what's stopping him?? Watch the clip.

And again, props to Coach Mora for the charity work ... even Trojans gotta respect it.