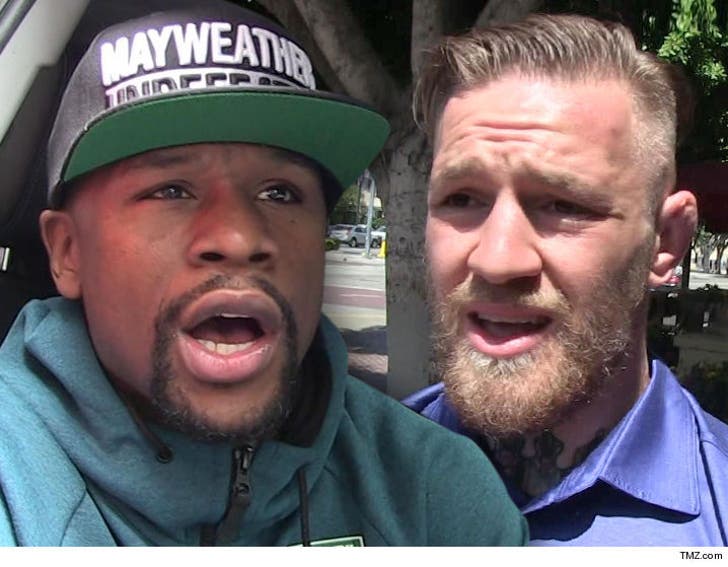 Floyd Mayweather ﻿had made it loud and clear -- he's willing to step out of retirement to fight Conor McGregor ... if they can just hammer out a deal.

Floyd made the official announcement Saturday, saying "for Conor McGregor, I'm coming out of retirement ... just to fight Conor McGregor."

He added ... "I don't want to hear no more excuses about the money, about the UFC. Sign the paper with the UFC so you can fight me in June. Simple and plain. Let's fight in June. You're the B side, I'm the A side."

Here's the problem ... Dana White has already said the fight isn't likely to happen because negotiations are falling apart. They seem to be worlds apart on money ... and there's simply no deal as of February.

Floyd's been back and forth about being willing to fight Conor, but seems to be taking a firm position now ... he's willing if a deal can be struck.