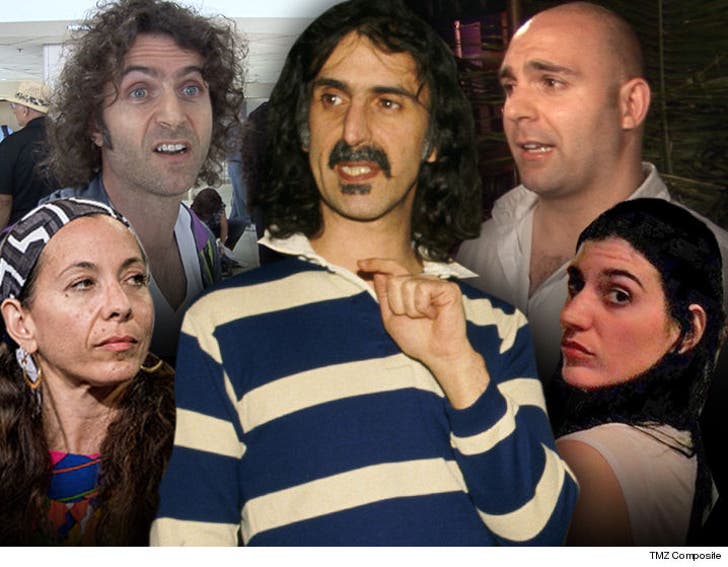 Dweezil Zappa's brother and sister are going after him, claiming he's ruining the Zappa name by spreading lies that tarnish their father's legacy.

Ahmet and Diva Zappa just filed legal docs asking a judge to let them start a website to counter Dweezil's claim they are trying to ruin his career by denying him the right to perform his Zappa Plays Zappa tour.

Dweezil has gone on a rant claiming Ahmet and Diva -- who now run Frank Zappa's estate -- have flat-out prohibited him from using ZPZ in concert.

Ahmet and Diva say in their docs ... Dweezil is full of it -- they have always given him the right to tour with Zappa Plays Zappa for the very reasonable price of $1.

They're especially upset with the mocking -- Dweezil's new tour name is "Dweezil Zappa Plays Whatever the F@%k he wants: Cease and Desist Tour 2016."

Diva and Ahmet are also pissed off that Dweezil -- who they claim received many millions though life insurance -- was soliciting money from fans to cover his legal bills, but he took heat for it and then tweaked the wording to ask instead for donations so he could continue his music.