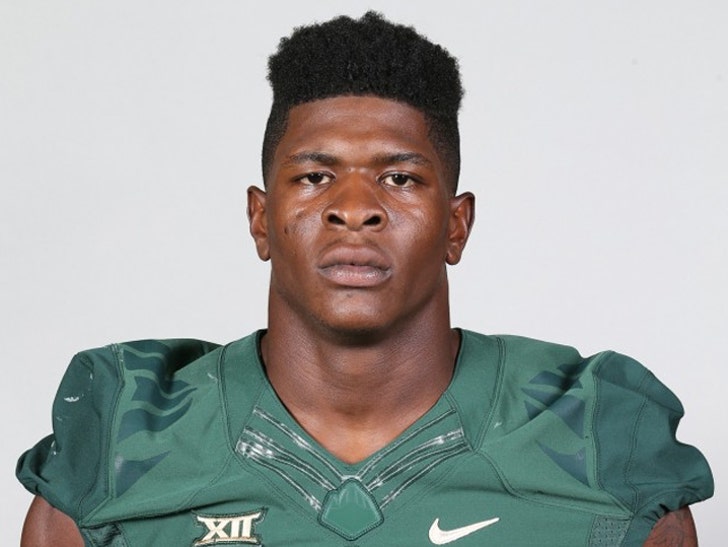 An ex-Baylor football player was arrested in Vegas this morning after cops say he roughed up a woman and then went CRAZY on police ... kicking out the back window of a squad car.

The man facing the allegations is 22-year-old Tre'Von Armstead -- who was infamously linked to the Baylor University football cover up scandal.

FYI, Armstead was named in a rape investigation in 2013 ... but Baylor reportedly failed to take action for roughly 2 years. Armstead was eventually dismissed from the team in 2015 for a "violation of team rules."

Armstead has denied any wrongdoing in the 2013 incident.

But Monday morning in Vegas, Armstead found himself in trouble again ... when police officers say they watched the 6'6", 280 pound tight end push a woman in front of The Cromwell Hotel.

Law enforcement sources tell us officers confronted Armstead and tried to arrest him but he resisted.

When they finally put him into the police car, we're told he kicked out the back window. 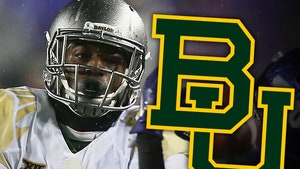