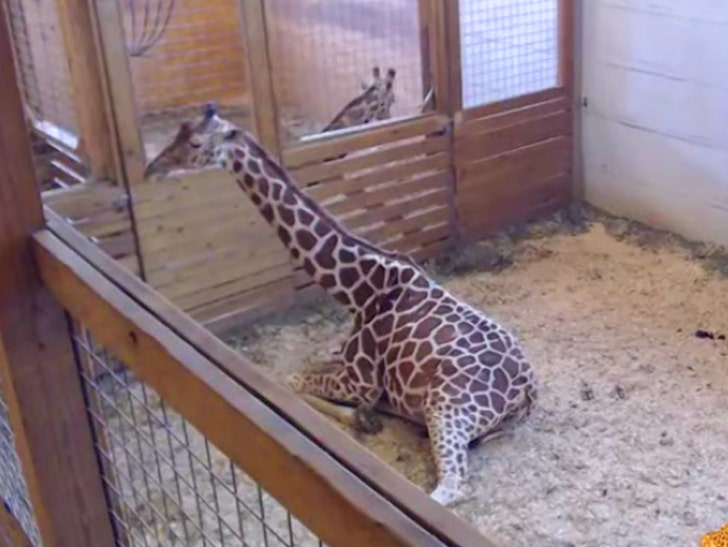 April the Giraffe is about to become a cash cow, for the benefit of the animals.

The long-necked, pregnant creature has had a camera trained on her for more than a month, and millions have watched and waited for what promises to be an awesome delivery.

Now here's the money part. The live stream had a sponsor, but the pregnancy has gone on so long the deal just expired. When that sponsor signed on, the live stream wasn't a thing so all the sponsor promised to do was feed the beast ... literally, by sending food to the Animal Adventure Park in NY.

Now, with 80 million viewers and 2 billion viewed minutes, the sponsorship is worth a bundle, and we've learned the Park is looking for a new sponsor who will pay big money to get its logo on the feed, which will last until the baby giraffe is 5 days old.

The Park is being super charitable ... 1/3 of the profits will go to the Giraffe Conservation Foundation and the rest of the loot will go toward the care of April, her kid and her animal pals.