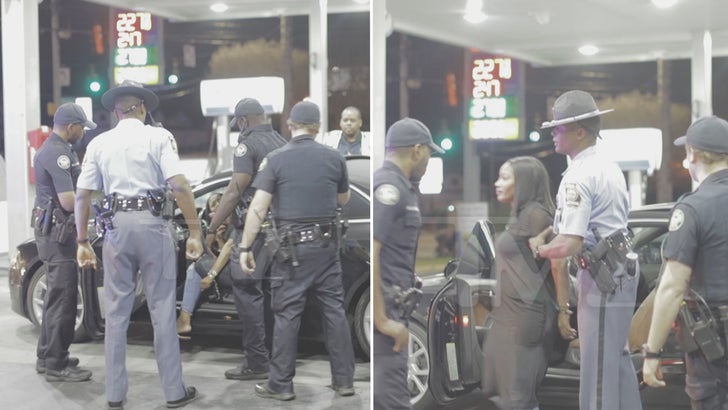 1:26 PM PT -- We've now obtained the police report, which says Erica told the state trooper -- after being pulled over for speeding -- she had taken 3 shots of Grand Marnier. When asked to perform a field sobriety test Erica refused. According to the report, the trooper ordered her not to drive and call a friend to pick her up. Instead, she fled and was ultimately arrested.

Former "Love & Hip Hop: Atlanta" star Erica Dixon was damn near yanked out of her car by cops after she allegedly fled the scene of a traffic stop.

The video starts with a street scene, where Erica had just been pulled over for speeding. She says she accepted the ticket, jumped in her car and started driving, but it's clear cops believe she was still being detained and just started to flee.

You then see a cop car roar up to her car and cops then jump out to confront her.

Erica was enraged, which just ratcheted things up. She was arrested for disorderly conduct and taken to a nearby detention center where she was cited and released. 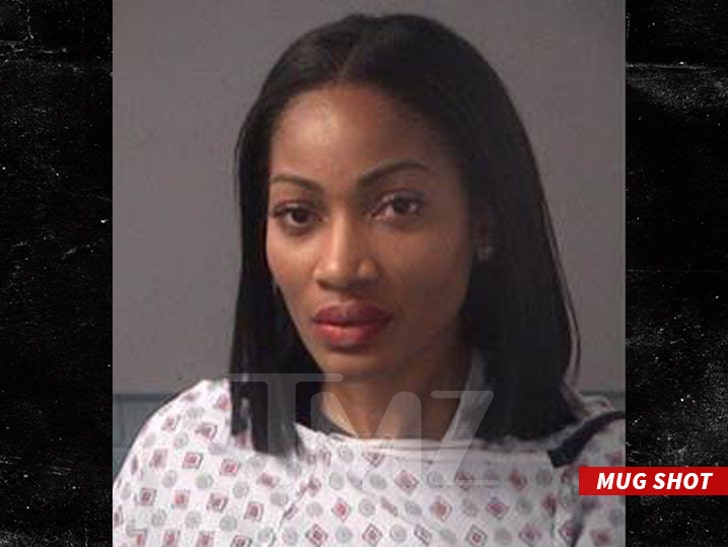 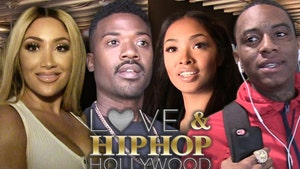 'Love & Hip Hop: Hollywood' Cast Will Be Fined for Fighting