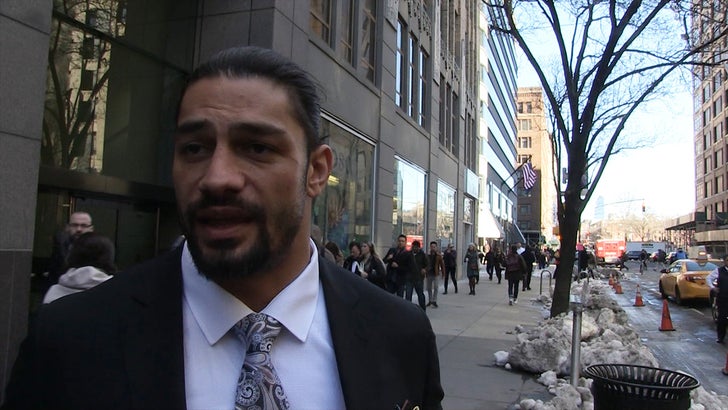 The Undertaker sure as hell ain't too old for WrestleMania ... so says his opponent, Roman Reigns, who tells TMZ Sports "The Deadman" could go til he's 80!!

The two are set to get it on at WrestleMania 33 in April -- but some people are saying Father Time is catching up with the 52-year-old icon.

But not Reigns ... in fact, Roman says he's training his ass off for the match -- since he considers Undertaker the "greatest WrestleMania performer of all time."

There's more ... Roman also reveals how much weight he's pushing on the bench press these days. 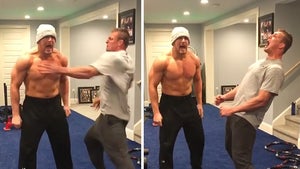 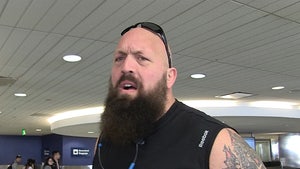 Big Show Says If Shaq's a No-Show at Wrestlemania ... No Big Deal (VIDEO)