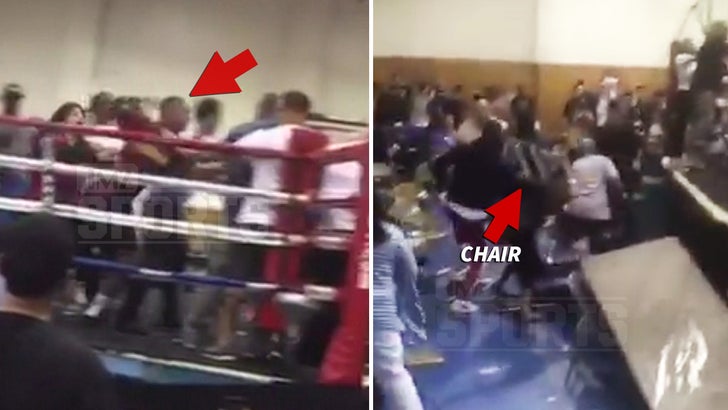 Pandemonium occurred at a Golden Gloves boxing event in L.A. on Wednesday -- when fans stormed the ring at a youth tournament and fought it out ... with one guy catching a haymaker right in the face.

It all went down at a Golden Gloves qualifier tournament at a rec center 2 miles from Dodger Stadium -- when fans got pissed after an alleged late punch during a bout between teenagers.

One witness tells us people began to scream at each other -- then they stormed the ring -- then the punches flew.

The witness adds, "Chairs were thrown and people were hit with chairs. Tables were broken. A woman even hit someone with a chair."

Miraculously, no one was seriously injured. Cops were called to the scene but the fight was over by the time police arrived. No one was arrested. Some of the fans are pissed about the lack of security at the event.

But get this ... we're told the brawl eventually ended on its own and the boxing tournament continued.

We reached out to tournament officials -- so far, no word back. 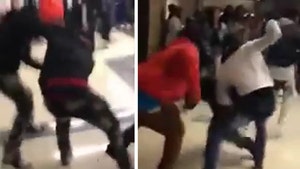