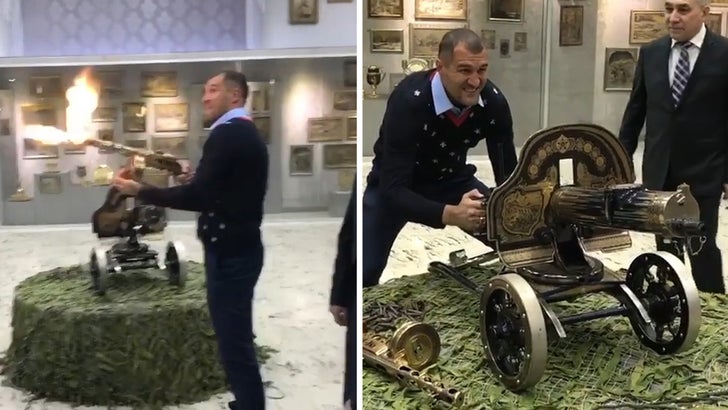 Here's proof the Russians do more for fun than just (allegedly) sabotaging democracy ... Sergey Kovalev firing a SICK gold-plated Tommy gun during a trip to a famous Russian weapons museum.

Krusher is from Kopeysk (where you can get a 5 star hotel for $75 a night, book now), but jaunted over to the Arsenal Museum of the Zlatoust Weapons plant and got some action in.

The weapon looks pretty sick, and although Sergey struggles at first, he manages to get a shot in after some help from the staff.

BTW ... all this happened indoors, so hopefully they were blanks. But, it's Russia, so you never know.

UPDATE -- We're told the gun isn't a traditional "Tommy Gun" but rather a Russian PPSh-41 ... essentially the Russian version of the Tommy Gun.

Apologies for the mix up. 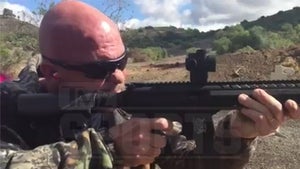 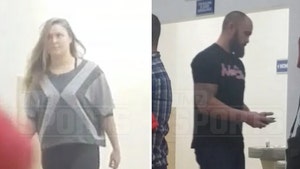