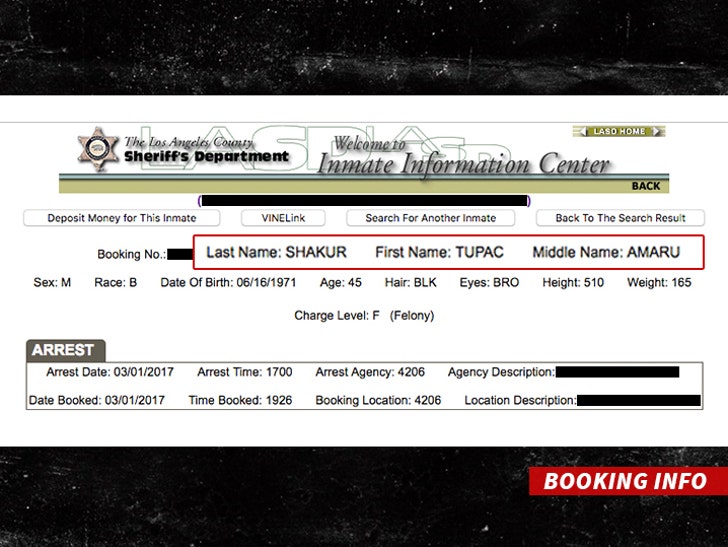 Tupac Shakur was arrested for felony assault with a deadly weapon just last month in a case that's downright bizarre ... for obvious reasons.

Conspiracy theorists should probably sit down, but yes ... cops booked a 45-year-old man named Tupac Amaru Shakur. It's NOT the rapper, but everything from his middle name to date of birth -- June 16, 1971 -- is dead on, pardon the phrase.

Law enforcement tells us the suspect's real name is Clarence Campbell, but he uses 'Pac as an alias. He's also used the name during multiple previous arrests -- including one for battery -- so cops are hip to the game. Docs show Campbell's real name is attached to his arrest records.

Tupac ... the name gets around. 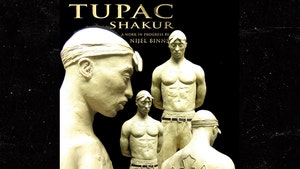 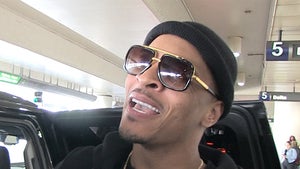