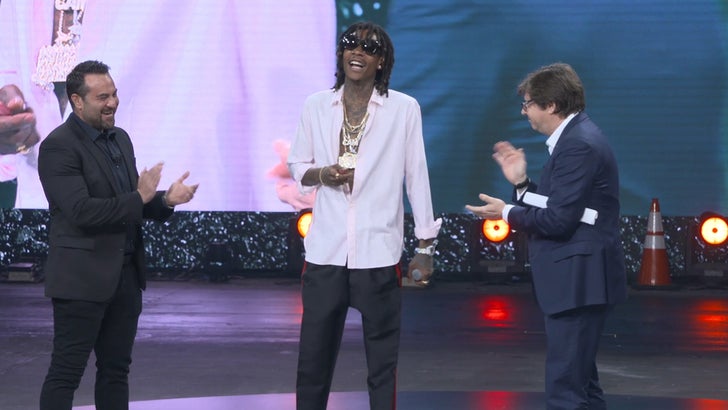 Wiz Khalifa's music video for "See You Again" is about to become the most watched music video of all time, and that's worthy of a giant thank you note ... shaped like a brand new car!

Wiz's megahit video for the "Furious 7" soundtrack was packed with Dodge sports cars, and honchos at the automaker showed their appreciation Tuesday night in Manhattan by handing him the keys to a 2017 Charger SRT Hellcat. 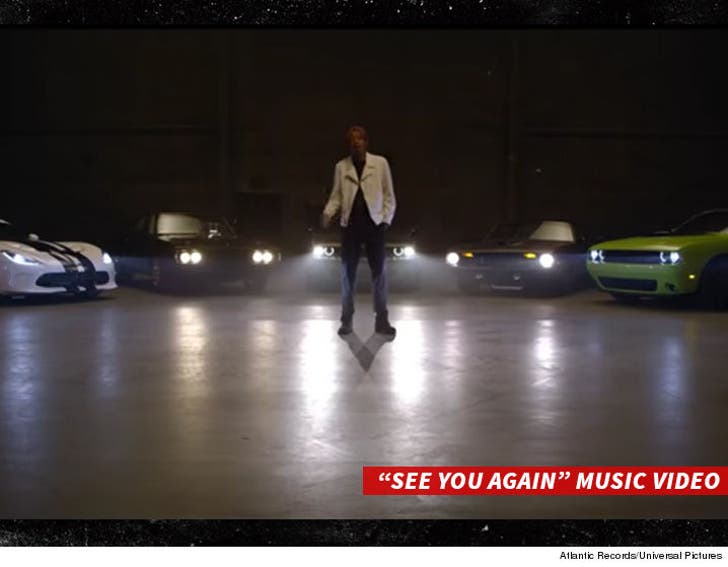 Wiz has a new song for "The Fate of the Furious" which comes out Friday, and we're guessing Dodge whips will be featured again. Vin Diesel and Michelle Rodriguez were also at the event, but no shiny new keys for them.

As for the Hellcat Wiz scored -- we're told as of now, it'll look something like this. Black and yellow, natch. 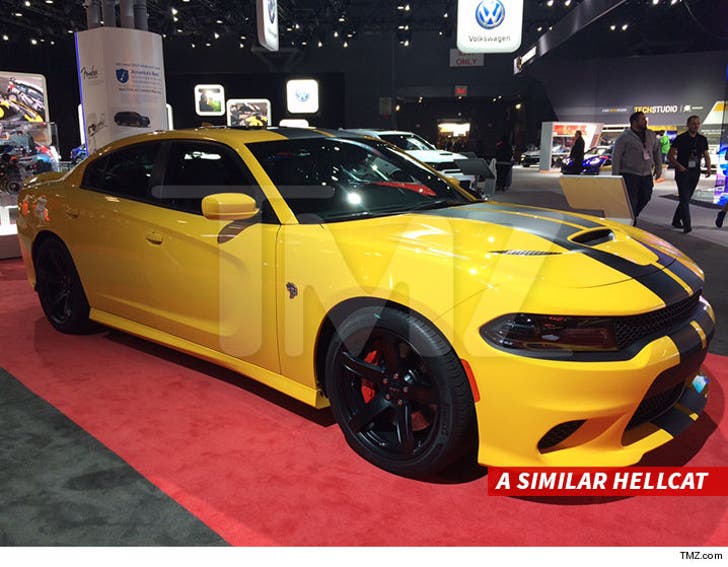 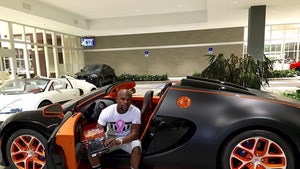