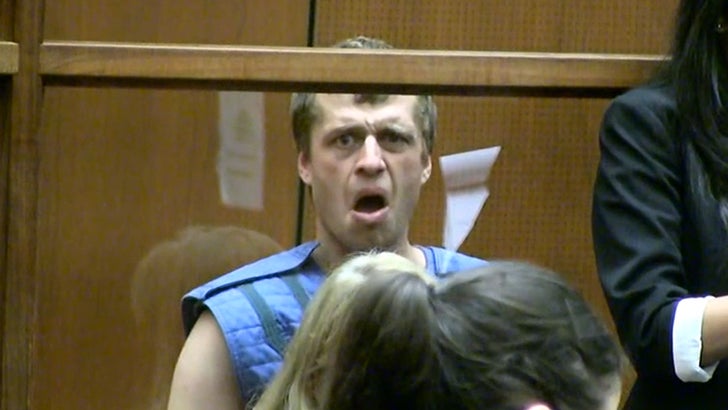 Conrad Hilton's not getting out of jail anytime soon, but he was back in court Thursday morning and once again ... unleashed an angry rant.

Paris Hilton's younger bro was facing the judge in connection with his arrest last weekend outside E.G. Daily's house. Prosecutors cut him a break after a 2015 arrest, IF he kept his nose clean. The latest bust violated that deal.

In court, the prosecutor referenced TMZ's video of Conrad's arrest last Saturday ... telling the judge he was combative and profane to police. The 23-year-old was visibly outraged at that description, and yelled ... "I got assaulted! Objection."

As we reported ... once Conrad posts bail, he'll be released to his father, and must check into Menninger hospital in Houston for treatment. 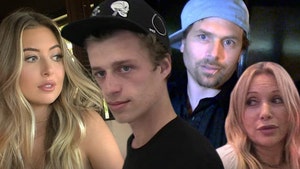 Conrad Hilton Forced E.G. Daily to Lock Down Her Home Months Before His Arrest