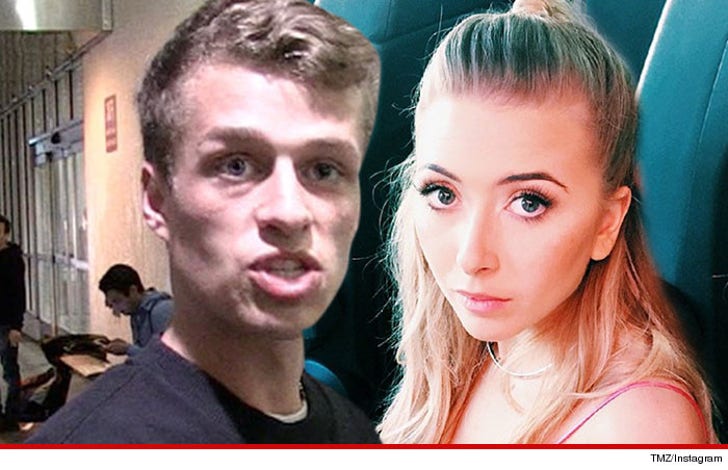 Paris Hilton's brother Conrad Hilton has been arrested for breaking into the home of his ex-girlfriend ... and there's a connection to Paris' sex tape.

Conrad had been dating Hunter Salomon, the daughter of Rick Salomon ... Paris' sex partner in the epic "1 Night in Paris." Hunter claims after they broke up, Conrad became obsessive and scary, showing up at her house at all hours and even threatening to kill himself.

Hunter got a restraining order but on Monday we're told Conrad broke into her family home in the Hollywood Hills. An army of cops, along with helicopters, swarmed the house and arrested him.

Conrad is currently in custody.