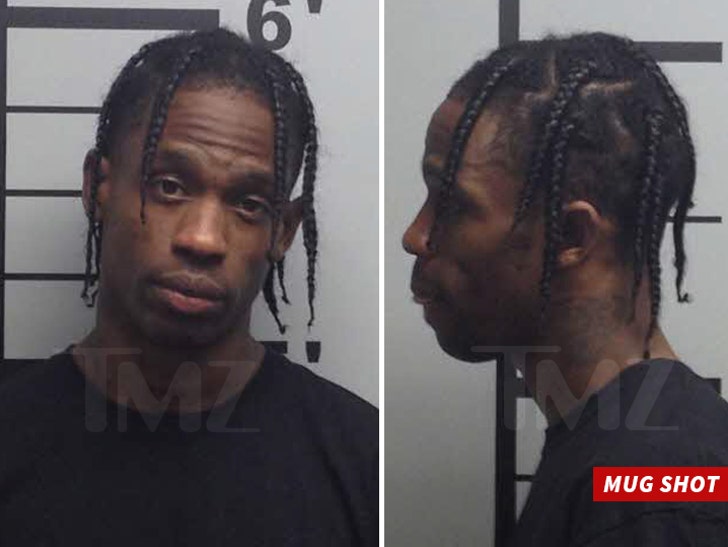 Travis Scott's mug shot from his arrest this weekend shows a dude who's bummed his party came to a screeching halt ... and rightfully so.

TMZ has obtained Travis' booking photo from his arrest Saturday night in Rogers, Arkansas ... and he definitely looks down in the dumps after being taken to jail for causing chaos at his show.

As we reported ... Travis was arrested right after his show and booked for inciting a riot, endangering the welfare of a minor and disorderly conduct after he allegedly encouraged people to rush the stage ... which cops say put people in danger.

There were several people who were injured because of the mayhem. Travis was cuffed as soon as he left the stage.

Interesting side note ... Travis stands at a solid 6 feet. On the dot. 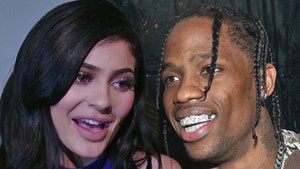 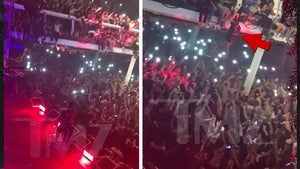