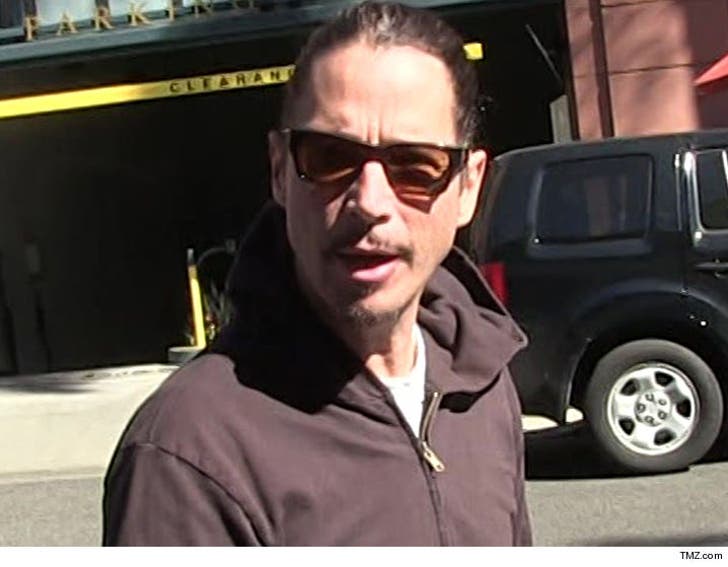 Chris Cornell used a common piece of exercise equipment to take his own life.

We've learned the Soundgarden frontman secured a red elastic exercise band attached to a carabiner to the top of his hotel bathroom door. A carabiner is a device commonly used by mountain climbers which they attach to a belt to keep them from falling. The device can withstand enormous weight.

Cornell jammed the door shut with the carabiner at the top of the frame. The carabiner was jammed so tight it left an indentation in the door frame.

As we reported, Chris' family believes he may have taken his life while under the influence of Ativan, and that he had no plan or desire to commit suicide just hours earlier.

According to the police report, obtained by The Detroit News, Chris was on the phone with his wife, Vicky, shortly before committing suicide, who said he sounded "groggy" and repeatedly told her, "I am just tired," before hanging up.

Vicky became alarmed, called the hotel and Chris' security guard kicked down 2 doors and found him in the bathroom with blood running from his mouth. 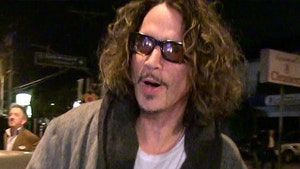 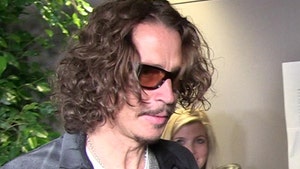 Chris Cornell Cause of Death is Suicide By Hanging, Says Medical Examiner