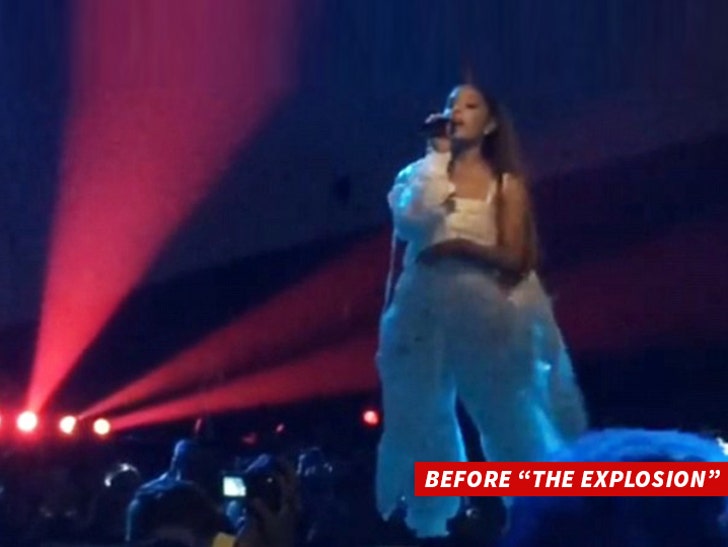 4:50 PM PT -- Police are now treating this as a terrorist act. There are reports the explosive device was a "nail bomb" ... which explains the images of victims, several bleeding profusely on the scene. 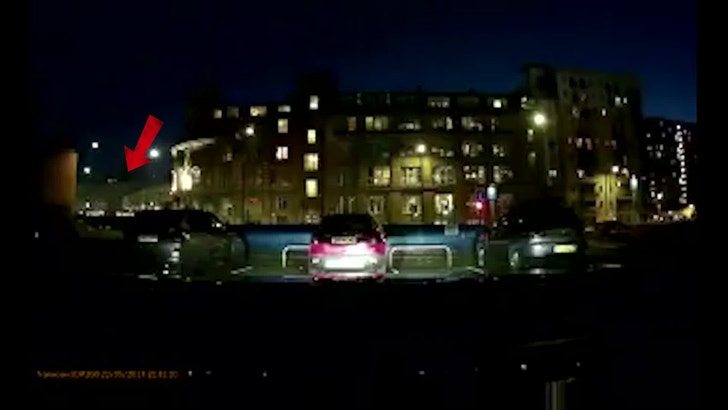 4:25 PM PT -- People connected with the show tell us they heard what sounded like an explosion in the rotunda area where merchandise is sold -- in the venue but outside the seating area. There was an immediate stampede for the exits.

4:15 PM PT -- Law enforcement says at least 20 people are dead. A video posted on social media purportedly shows a flash in the arena (left side of above video), and then a boom is heard.

3:45 PM PT -- Greater Manchester Police say there are a "number of confirmed fatalities and others injured." It's unclear if the injuries are from the stampede or from a blast.

3:25 PM PT -- Several people present -- including actress Julie Hesmondhalgh from "Coronation Street" -- say there was no explosion but rather a loud bang, which created a stampede and people were injured trying to get out of the facility.

An explosion rocked an Ariana Grande concert in England Monday, sending scores of people running for safety and nearly 2 dozen are dead in what may be an act of terrorism.

The concert was held at the Manchester Arena ... the explosions occurred at the end of Grande's concert. One of the concertgoers tweeted, "Just ran from an explosion, genuinely thought were going to die."

People are writing on Twitter that there is blood everywhere ... people are injured and bleeding.

It was an odd scene ... while fans were scrambling for safety they were clutching pink balloons that apparently had been dropped on the crowd.

A source connected with Ariana tells us she had just left the stage when everyone heard what appeared to be an explosion.

Police descended on the area, and the metro station at the arena's been closed. Authorities are urging people to stay clear. 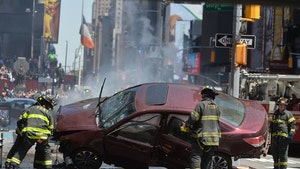 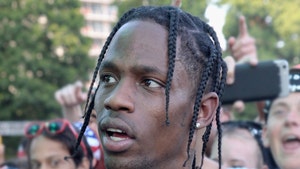