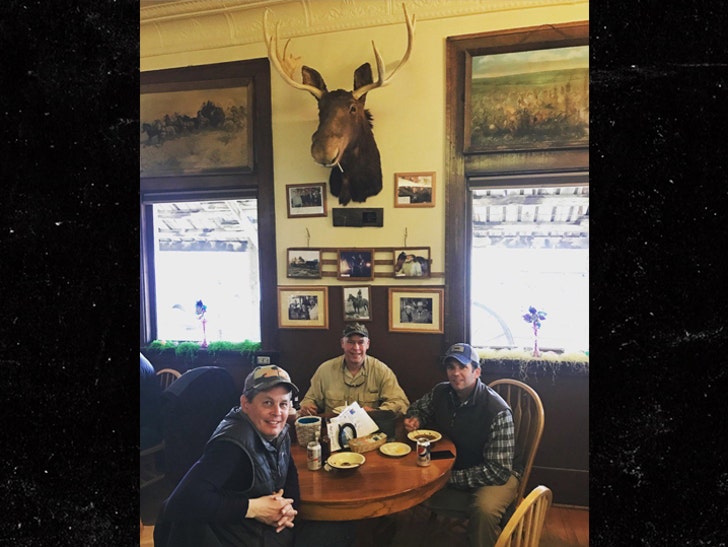 The pic shows Donald Jr. in Ingomar, MT, dining after "a great day of hunting" ... this according to Senator Steve Daines, who's also at the table. 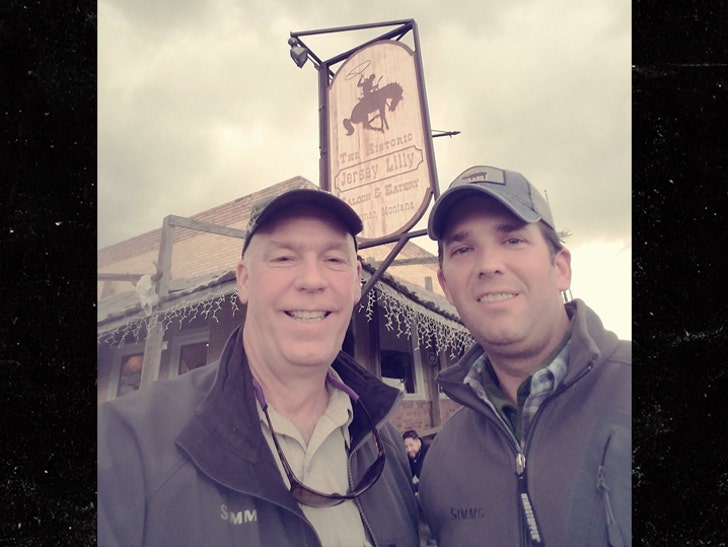 Donald Jr. mugged with Gianforte outside the restaurant as well ... after an afternoon of hunting prairie dogs.

As for Jr.'s dad ... the President endorsed Gianforte in a robocall that was released hours before the body slam. 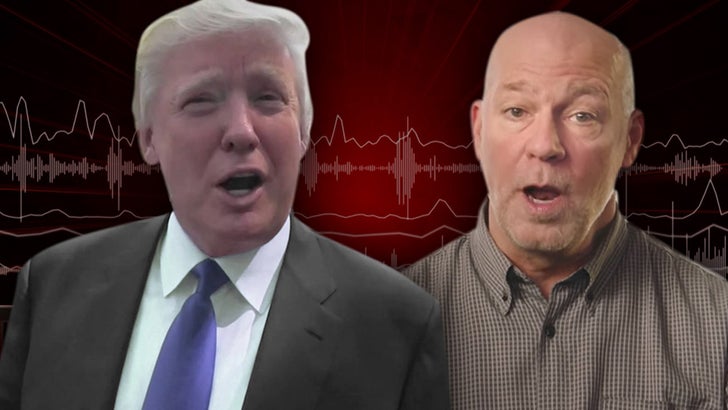 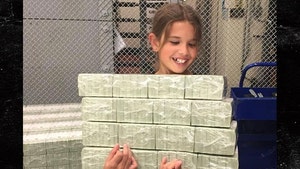