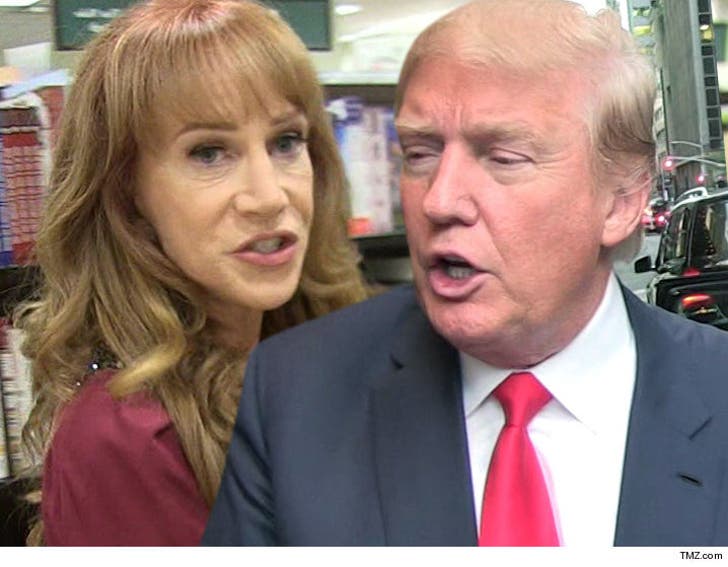 Donald Trump just lashed out at Kathy Griffin for her photo shoot featuring a beheaded, bloody mannequin in the image of the President, saying she has messed up his 11-year-old son.

Trump tweeted, "Kathy Griffin should be ashamed of herself. My children, especially my 11 year old son, Barron, are having a hard time with this. Sick."

Kathy has apologized for the shoot she did with famed photog Tyler Shields, after receiving a torrent of criticism.

Kathy is feeling the fallout. Squatty Potty has suspended its ad campaign featuring the comedian, saying, "We were shocked and disappointed to learn about the image Ms. Griffin shared today. It was deeply inappropriate and runs contrary to the core values our company stands for."

As we reported, the Secret Service is investigating the circumstances surrounding the shoot ... which is protocol if there's even mock violence against the President of the United States.

7:10 AM PT -- Anderson Cooper has also weighed in, tweeting, "For the record, I am appalled by the photo shoot Kathy Griffin took part in. It is clearly disgusting and completely inappropriate."

6:20 AM PT -- Donald Trump Jr. says he's also concerned about Kathy Griffin and Tyler Shields' image and how it's going to affect his children.

And I'm counting down having to explain it to my 8 and 10 year olds who I'm sure will see/hear about it at school. https://t.co/efDaLxbXZs 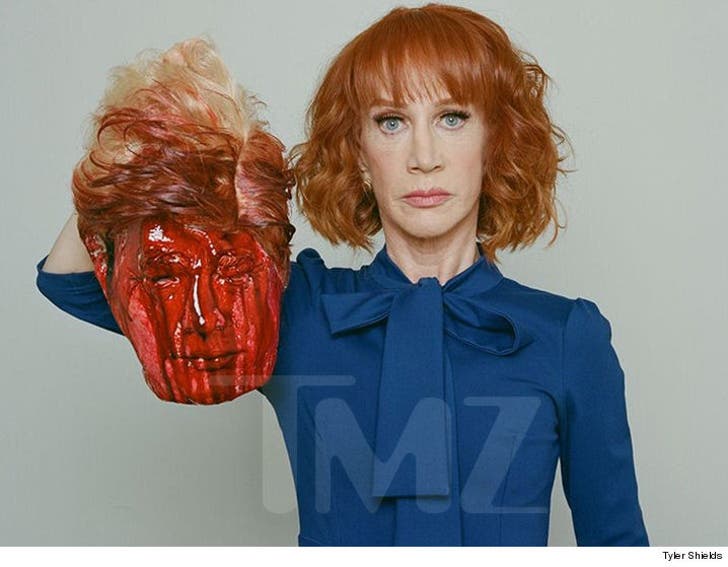