Katherine was seen leaving Mel's Diner Wednesday night -- at 11 PM, no less -- with 1 bodyguard and 2 women.

Katherine hasn't been seen in public since March, when she returned from her extended stay in London.

Some members of the Jackson family are very concerned because they said the matriarch would NEVER end up close to midnight on the Sunset Strip at a diner. They note Katherine loved her life when she was living at her Calabasas home with a chef hired by the Michael Jackson estate.

They say she would have scoffed at diner food, and think she's been pressured and fooled by certain members of Jackson's family to bolt from the fold and help them squeeze money from the estate.

Our sources say Katherine is now living in a hotel near her Calabasas home, and they believe it's all the doing of certain family members who want to keep Katherine isolated ... especially from her grandchildren.

Whatever's going on ... it seems odd an 87-year-old woman would have a hankering for Mel's so late at night. 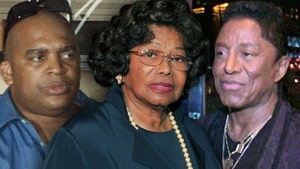 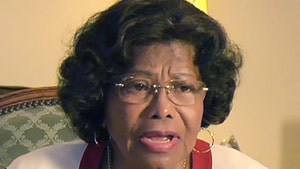