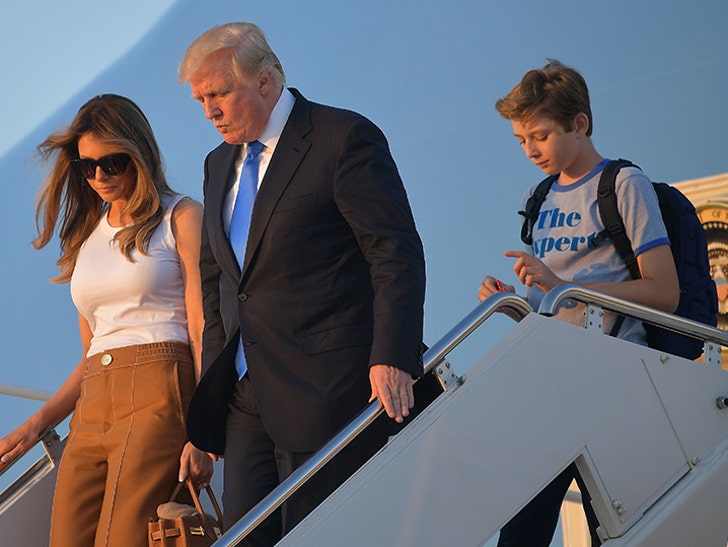 President Trump touched down in D.C. Sunday evening with his wife and 11-year-old son, along with Melania's parents. Barron was rocking a shirt that proved he was a pro at this sort of thing.

As we reported ... Melania and Barron's move to D.C. has been scheduled since at least March, if not earlier. The Trumps were simply waiting for Barron to finish his 5th grade year in New York before heading south. Now, he'll be attending St. Andrew's Episcopal as an incoming 6th grader ... where sports will play a big role in his curriculum.

Melania tweeted from inside the White House Sunday. Looks like she's getting comfy in her new digs already.

Looking forward to the memories we'll make in our new home! #Movingday pic.twitter.com/R5DtdV1Hnv 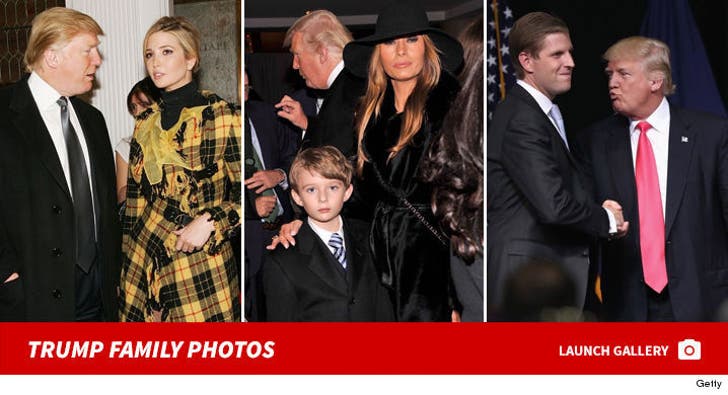 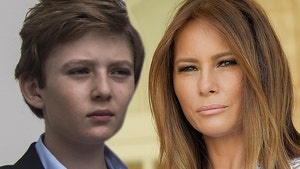 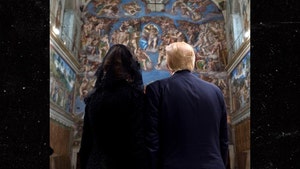