Khloe Kardashian has lashed out at the woman who claims Khloe blatantly stole her design for a catsuit, saying the Kardashian design is a cat of a different color.

saying Destiney Bleu has been lying on social media when she claims she sent Khloe a catsuit that she then copied and sold as part of her line, Good American.

Singer acknowledges Khloe's stylist did request several catsuits back in December, but none resembled the one Khloe ultimately designed. The letter, which includes photos, notes the catsuits Bleu sent were full body, long sleeve and lined with crystals distributed evenly.

The one Khloe designed is a sleeveless leotard, like a corset, with crystals concentrated in the bust area.

The letter shows indignation from the get-go, calls it "a cheap publicity stunt in order to garner attention for herself and generate sales of her merchandise."

The war has become a big deal ... Bleu designs for the likes of Beyonce. 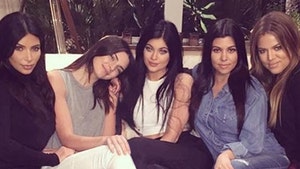 Kardashians Sued -- We Want Our Cut For Making You Rich And Famous!! (UPDATE) 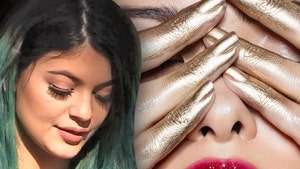