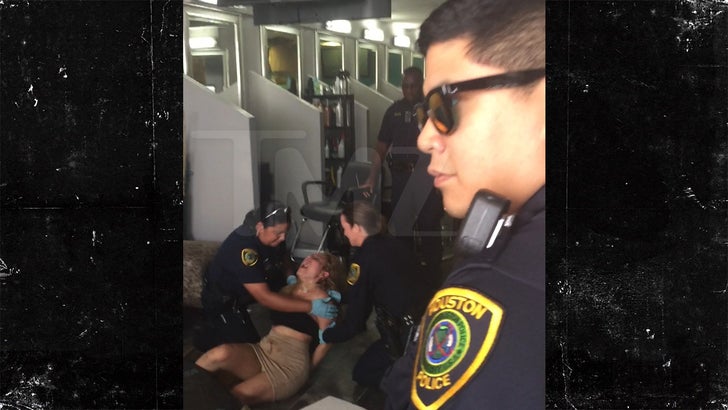 Here's something you don't see every day -- a woman running around in the ceiling like a squirrel on the loose ... as cops yell at her to come down.

Houston PD responded to a burglary call at Hall of Fame Hair Studio last week after the manager reported a mostly-naked, bleeding female locked in the bathroom.

When cops showed up, the woman allegedly climbed up into the ceiling ... and ran around like a maniac. Eventually she came down and was arrested for criminal mischief.

We're told she had run into the shop after getting into a confrontation with a woman at a nearby apartment complex. 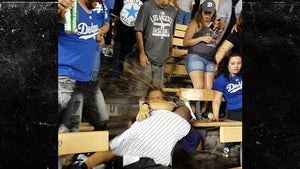 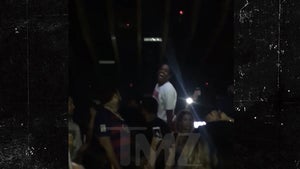