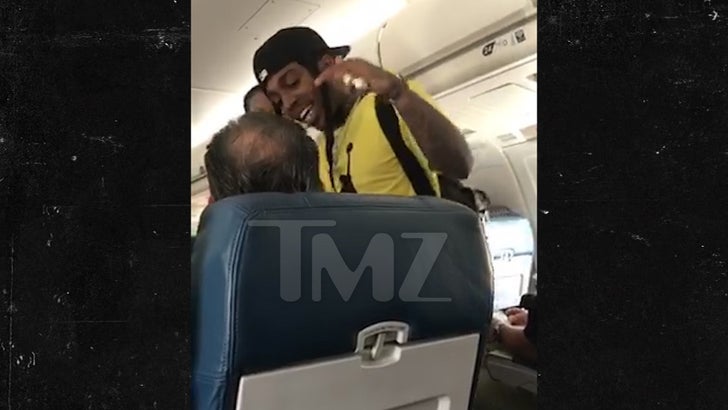 Jacquees -- the singer known for his hit, "B.E.D." -- was ordered to G.T.F.O. a Delta flight leaving Atlanta, and as he was being escorted off ... he got into it with a fellow passenger.

TMZ obtained video of Jacquees getting the ole heave ho. A source on the flight says he'd refused to get off his phone while the plane was taxiing, so the pilot turned back to the gate and gave him the boot. We're told Jacquees refused to leave until a flight attendant convinced him to walk off ... and that's where the video picks up.

Our source says as the rapper was exiting, a pissed passenger said, "Thanks, asshole" ... which Jacquees didn't appreciate much.

A source close to Jacquees says a male flight attendant ignited the whole sitch. The singer was on the phone with his mom and didn't know it was time to turn it off. We're told the flight attendant went ballistic ... and made a racist comment as Jacquees was leaving.

The source says his team has filed a complaint against that flight attendant. Jacquees was rebooked on the next flight, 45 minutes later.

Delta tells TMZ ... it supports its crew's decision to remove Jacquees and apologizes to the remaining passengers who may have been inconvenienced. Delta says the singer was "contrite" after his removal. 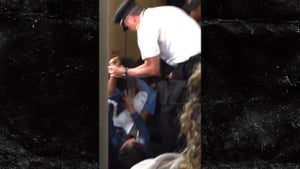 You Might Want to Rethink Exclusive Music Fights & Feuds