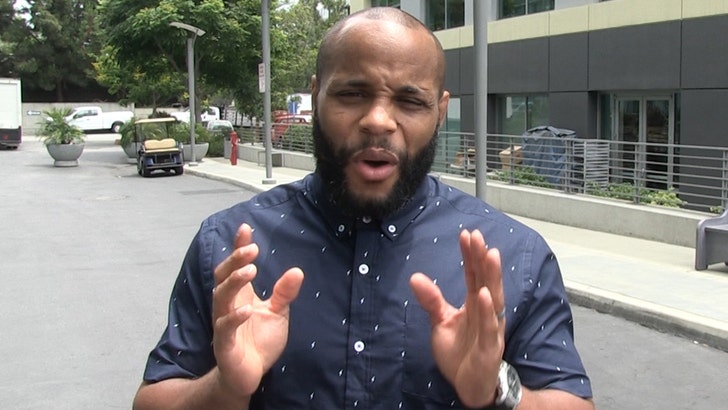 Jon Jones wasn't crazy when he called himself the greatest UFC fighter of all time ... at least according to Daniel Cormier, who says ya just can't argue with Jon's resume.

"His level of competition is unmatched," Cormier tells TMZ Sports ... "He's beaten about 6, 7 guys that are going to the UFC Hall of Fame."

Jones bragged about his legacy on FS1's "Undisputed" on Monday -- saying there's no doubt he's the greatest fighter to ever step into the Octagon. He's beaten legends like Rampage Jackson, Shogun Rua, Lyoto Machida and more.

Given the hatred between Jon and DC, you'd think Cormier would blast him over the comments -- but that's not what happened. It was the closest thing to a compliment we've seen leading up to UFC 214.

Speaking of which, Cormier also says his weight is PERFECT leading up to Saturday's title fight -- despite the fat jokes from Jones. "This is the lightest I've been."

That's when he took aim at Jon's tiny chicken legs and ripped a few shots at the guy. 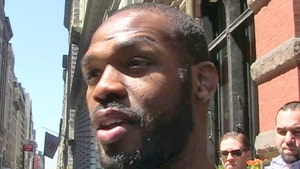 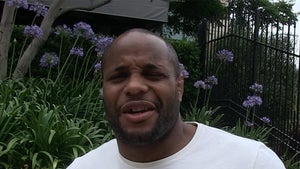